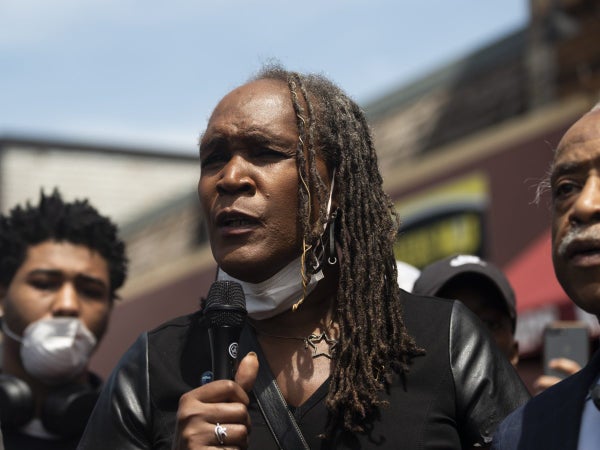 After a unanimous vote from the Minneapolis City Council, Andrea Jenkins, a Black trans woman, was elected city council president on Monday. She is the first transgender official in the United States to lead a city council.

The 60-year-old is no stranger to national headlines or historic wins either. In 2017, she was the nation’s first openly Black trans person elected to public office as vice president of City Council for Minneapolis’ 8th Ward. Jenkins won with 73% of the vote.

She was catapulted into national spotlight again after George Floyd, a resident of her district, was killed in police custody. During an interview with PBS NewsHour, Jenkins called Floyd’s death a “symbol for a knee on the neck of Black America,” at the height of the 2020 protests.

Jenkins continues to represent the intersection where Floyd was killed. Looking toward the future Jenkins told The Lily “Since George Floyd was murdered and it became George Floyd Square—which is an amazing show of community memorialization—it has stifled business in the area, and so many of the businesses, the Black-owned, people-of-color-owned businesses that were at that intersection are no longer in existence now. So we’ve got to rebuild our city…So we have to rebuild our city. We must reimagine public safety.”

The post Andrea Jenkins Is The First Openly Trans City Council President In The Nation appeared first on Essence.