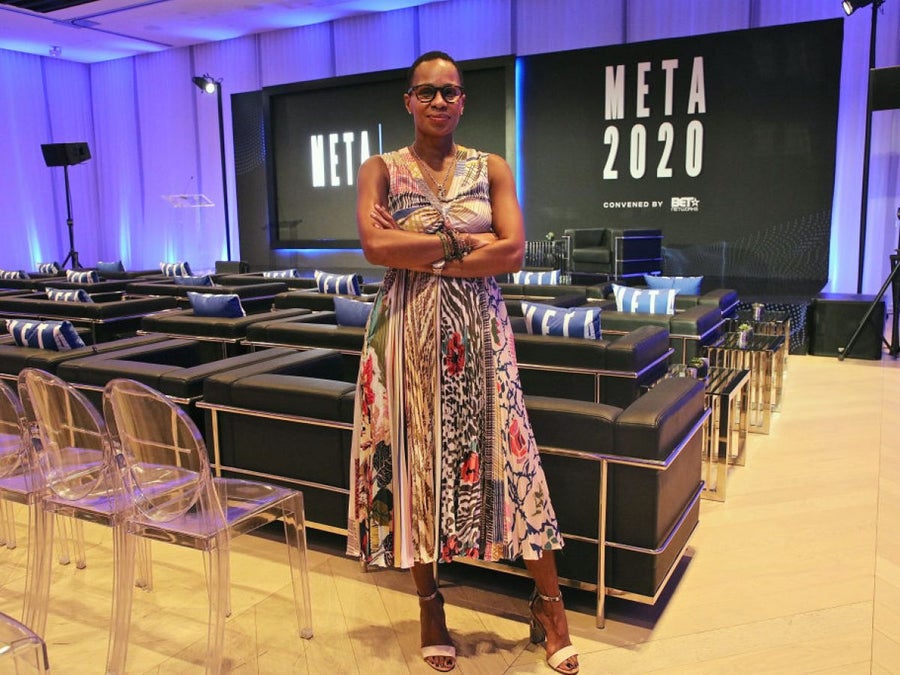 “Impact” is defined as having a strong effect on someone or something.

No one understands this more than Jeanine Liburd. As the Chief of Social Impact and Communications at BET, her job is to ensure the network’s content is in alignment with the social change initiatives that empower BET Networks’ audiences to have an impact on the critical issues facing the Black community.

She’s curated and led initiatives that aim to empower and measurably impact the Black community, working closely with the BET’s programming, marketing, digital and international teams to utilize content as a catalyst to create awareness and build action-oriented impact campaigns. Such initiatives include #ReclaimYourVote, a social change campaign in partnership with National Urban League committed to harnessing Black collective power and increasing Black participation; the Harlem Entrepreneurial Microgrant Initiative, a program created to provide support to small Harlem businesses in partnership with the 125th Street Business Improvement District and the Apollo Theater; and BET’s SOS Saving Ourselves COVID-19 relief efforts, that raised nearly $20M for communities in need.

But beyond her phenomenal work with BET, at her core, she says she’s a Black woman passionate about helping Black women.

“Media is extremely powerful and it’s up to us to use our superpowers for good,” she said, referencing a phrase her former boss Judy McGrath often uses. McGrath was chairman and chief executive officer of MTV Networks.

MTV’s parent company, Viacom, was a long-term home for Liburd as well, serving as their Senior Vice President for over a decade.

But before charting her path in media, the Brooklyn-native said she wanted to be the first Black woman mayor of New York City.

“I started my career in policy,” she said, sharing that she earned a master’s degree in Urban Policy Analysis from the New School for Social Research (Milano School). “I had a desire to understand cities, their structure,” calling out that she was particularly interested in exploring the relationship between white flight,  gentrification, and the economic status of Black people in big cities.

She then went to work for the Clinton administration in the ‘90s, followed by a short stint in public affairs PR. It was then she realized the power of media, and the intersectional impact it could have in her mission to affect systemic change.

From there, she landed at Viacom and has been there ever since. It’s been 22 years.

“Saying that aloud is crazy town, because it doesn’t feel like it’s been that long at all,” she said. “But in the time I’ve been there, I’ve had the pleasure of seeing the evolution of the media landscape, and a shift that has happened where people have a yearning for self-awareness and general awareness of what’s happening in the world.”

Although she’s worked for many branches of the Viacom behemoth, it was right before she landed at BET, its subsidiary, years later that she felt a shift in her purpose.

“I worked at Viacom for a while when my then boss was there– and then he left,” she said. “It was during that time I developed a relationship with Deborah Lee,  BET’s now CEO,  and honestly, it was also the time I was trying to decide what to do next –I didn’t know what I wanted to do. And one day I just had a conversation with her and I said, ‘I don’t know what you’re trying to do, but you just need to come over here and just listen to what I’m telling you—this is what I want to do.’”

Liburd said she was honored Deborah Lee took the time to not only listen but was deeply invested in her vision.

“I was a little ballsy, I guess,” she admitted. “But to really be like, you want to come work for me, lady? And that was what made me say, you know what? This is where I want to be. I want to be where the leadership is committed to investing in themselves, in Black people, Black–investing in not just entertaining us, but empowering us and are invested in bringing people together in a way that ultimately creates change.”

Since that conversation between the two women, she says the bricks of the foundation Liburd has aimed to build have formed a home she wants Black people to always find comfort in.

“It’s truly an honor to wake up every day and ask myself, ‘what can I do well for black people today?’ ‘What could that be today?’ It’s my life assignment and that’s exciting.

The post BET’s Chief Of Social Impact Talks About The Power of Putting Women At Decision-Making Tables appeared first on Essence.