‘Booty Call’ Turns 25: See The Film’s Stars Then And Now 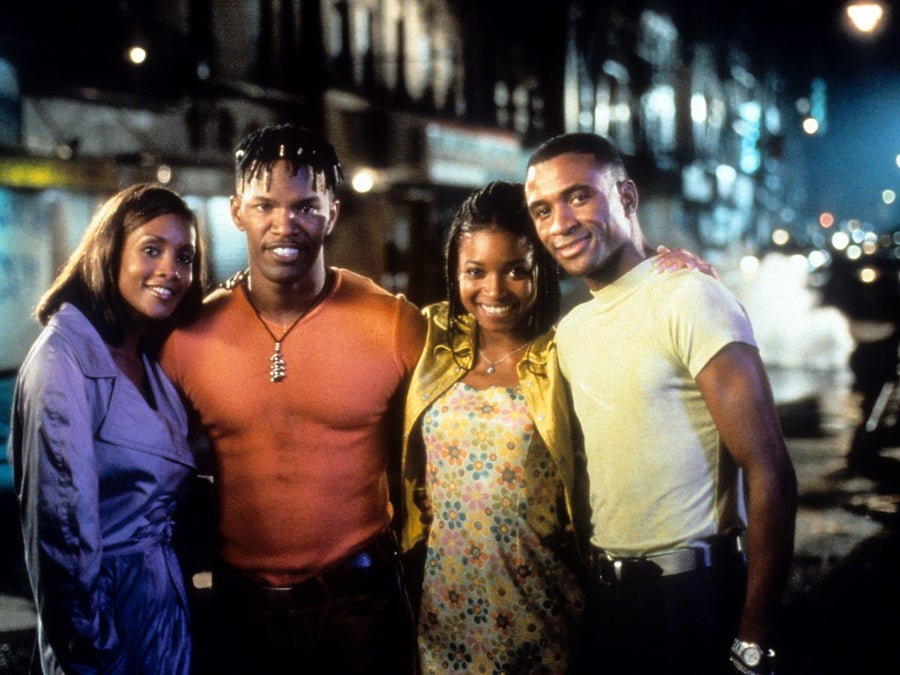 Booty Call, which debuted in 1997, was a wild and hilariously raunchy comedy film that followed two couples during a double date. The evening produced plenty of laughs, but the movie itself left a lasting impact on Black culture and showcased some of Hollywood’s brightest stars. And on February 26th, the film celebrates its 25th anniversary.

Directed by Jeff Pollack and written by the tandem of J. Stanford Parker and Takashi Buford, Booty Call starred Jamie Foxx, Tommy Davidson, Vivica A. Fox and Tamala Jones. What made the film special is that it further popularized the term “booty call,” as well as catapulting some of its actor into future superstardom.

Below is a list of Booty Call’s stars – then and now.

01Rushon AskinsIn Booty Call, Rushon was a level-headed, gentle man who is trying to consummate his relationship with Nikki (Tamala Jones) – his “new” girlfriend of seven weeks.

02Tommy DavidsonPrior to the release of the film, Tommy Davidson was already an established star. Appearing in films such as Strictly Business, CB4 and Ace Ventura: When Nature Calls, along with being an integral part of the iconic sketch comedy In Living Color; maintained a high level of success after Booty Call. Most notably, he was the voice of the patriarch for Disney’s The Proud Family, which saw a revival on Disney+ earlier this month.

03BunzRushon’s wild and sexually adventurous friend, Bunz joins along for the double date in order to occupy the time of Nikki’s friend Lysterine (Vivica A. Fox)

04Jamie FoxxAfter Booty Call, Jamie Foxx reached the heights of Hollywood, culminating with an Academy Award-winning performance for his portrayal of Ray Charles in 2004’s Ray. With too many film and television credits to type, Foxx also won a Grammy Award in 2010, and has become a power player as a TV producer.

05Lysterine“Lysti” – as she is referred to in the film – is Nikki’s opinionated friend and neighbor who is also a part of the evening’s debauchery. After an initial clashing with Bunz, the two eventually connect in a crazy way.

06Vivica A. FoxFox was perhaps the film’s biggest star in 1997, with breakout roles in the blockbuster Independence Day alongside Will Smith, and the film Set It Off. Since then, she has been cast in cult classics like Why Do Fools Fall in Love, Soul Food and Quentin Tarantino’s Kill Bill series. Today, she can be seen in several television films across multiple platforms.

07NikkiNikki is Rushon’s new girlfriend. Although there is an attraction, Nikki is unsure if she’s ready to become intimate with Rushon – so she suggests a double date between herself, Rushon, Bunz and Lysti.

08Tamala JonesAfter the release of Booty Call, Tamala Jones has had an extensive acting career and has appeared in many of television’s top-rated programs. She has had recurring roles in ER and CSI: Miami, as well as starring in Castle. Today, Jones can be seen in Fox’s 9-1-1: Lone Star.

09Judge PeabodyJudge Peabody was the hypocritical member from the church of Rushon’s mother. It what was one of Booty’s Call funniest scenes, Judge Peabody spoke about the evil of sexual temptation.

10Bernie MacEven before his appearance in Booty Call, Bernie Mac was known as one of the funniest men in the business. This legendary comic appeared in The Players Club, Life, Charlie’s Angels, and the Ocean’s Eleven film series. He starred in Fox’s awarding-winning sitcom The Bernie Mac Show for 5 seasons, and continued to work until his tragic passing in 2008.

The post ‘Booty Call’ Turns 25: See The Film’s Stars Then And Now appeared first on Essence.

Mariupol: Ukraine doing everything to save remaining fighters

Jimmy Butler pours in 41 points to lead Heat past Celtics