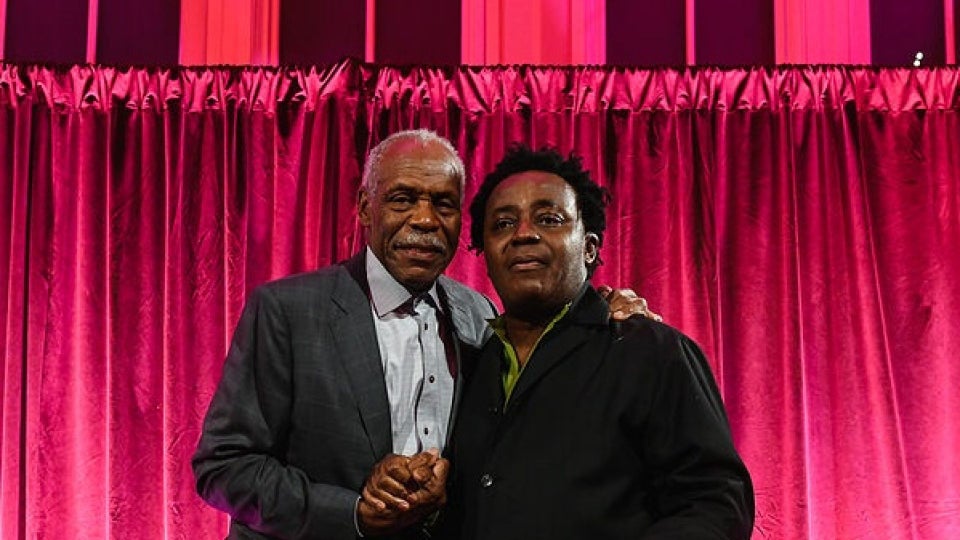 After a three year hiatus, the New Museum welcomed back art lovers and patrons to its Spring Gala in New York City. Recent Academy Award winner Danny Glover was on hand to honor his dear friend John Akomfrah, a British artist and filmmaker whose show, “John Akomfrah: Signs of Empire,” was presented at the New Museum in 2018.

“When John Akomfrah and the Black Audio Film Collective [was included] in the 2002 dOCUMENTA 11 show, a new era of contemporary art and global artistic dialogue was launched,” said Glover. “The presence of African, diasporic and Black excellence on the world stage has only grown since then.”

According to the journal, Black Camera, the Black Audio Film Collective was a multimedia group of creatives and filmmakers who were active from 1982-1998. The artists included Akomfrah, Lina Gopaul, Claire and Avril Johnson, Reece Auguiste, Trevor Mathison, David Lawson and Edward George. Handsworth Songs, which examined the 1985 race riots in London and Birmingham, was their first film. Akomfrah has since exhibited several video and film installations as a solo artist. In 2017 he received the Artes Mundi Prize.

“John I can talk about you forever,” said Glover, with a big smile of his artist friend. “You have dazzled the empire of visual originality. You have inspired us all… You are a beacon… You are an inspiration and a gift brother. We want to celebrate you.”