Edward Enninful On His New Memoir And Overcoming Imposter Syndrome 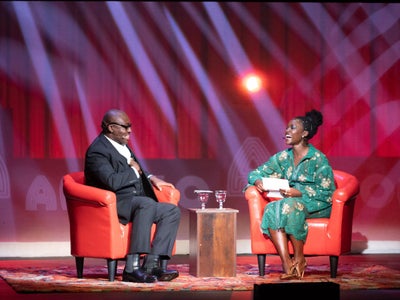 Kicking off the Apollo’s Fall programming season, the theater was packed with fashion enthusiasts eager to hear Enninful’s perspective on the industry and a run-through of the moments that prepped him to drive the ship at the world’s most revered high-fashion brand.

Nyong’o introduced him to the full theater with kind words, eliciting thunderous applause when he took the stage. Wasting little time, the duo got right into his history, delving into the moments from his childhood that groomed him toward his chosen path. 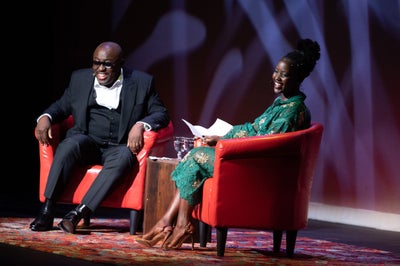 Enninful says he first fell in love with fashion and with the female form when his mother was a seamstress in Ghana, running her own atelier of 14 seamstresses in Tema, just outside Accra. Taken with the gorgeous women of all shapes, sizes, and stations in life coming to get beautiful custom clothing made for their lives’ occasions, seeds were planted that would define his future years later.

His life was forever altered when his family relocated from Ghana to England when he was 13.

“Growing up in Ghana, in Africa, it’s a Black country. All I saw was Black people, so I thought the world was like that,” Enninful said, eliciting a knowing laugh from the crowd. “Then we got to London, and I literally looked around and realized, everybody was white!”

“I remember my brothers and I thinking we were going to be so loved. We had always been so loved. But we were in London, England, in the mid-80’s, under Margaret Thatcher. So really, it wasn’t the best time to be a Black person [in London].” 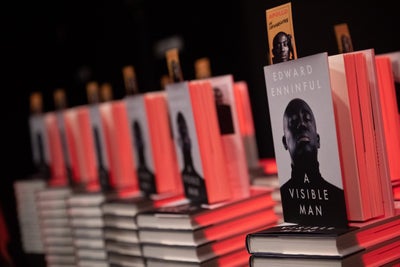 Despite new challenges and not quite fitting in with his new surroundings, he managed to get discovered on the streets as a teen and was whisked into the world of high fashion modeling.

Through extraordinary circumstances he reveals in his memoir, he went from model to fashion editor of i-D Magazine at just 18. Admittedly having no clue what he was doing, Enninful says his strategy was simply to stay quiet in meetings, hoping to come off as studied and intelligent.

“And it worked!” he said, drawing laughter from the crowd. “They thought ‘oh, he’s very cold, he must know so much.’ But inside I was dying. I didn’t know what was going on. But, I learned from my mistakes.”

This thrust him into a position to feature and highlight models that looked like him at a time when Blackness wasn’t exactly “in vogue.”

“I remember when I was doing i-D Magazine at 18 years old, I would put Black models on the cover and the other people in the office would say ‘another Black model?’ And I’d go “yes – and here’s another one!’ I didn’t care. I was so fearless.”

This led, of course, to famed images like those featured in July 2008 “all Black” issue of Vogue Italia.

“The fashion industry is so trend-based, it’s cyclical, it’s so in and out – and when they say you’re out, you’re out,” Enninful said, noting the waves with which models of different sizes, ages, and ethnicities are considered in fashion before they are cast aside for the next hot identity. “We need to stop with the waves, and create permanence.” 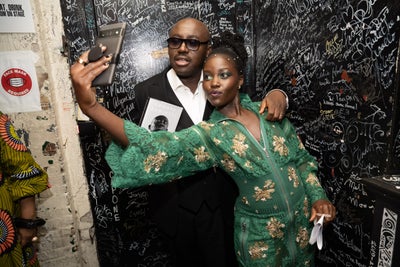 “And now, you’re a part of the ‘they.’ The people who decide,” Nyong’o observed. “You keep us relevant.”

Despite a lifetime of success and an inspirational career, Enninful admits to struggling with imposter syndrome to this day.

“When you have imposter syndrome – everybody knows that feeling of ‘should I be here? do I deserve this? I’m really terrible at this.’ – and it doesn’t go away. I’m 50 now, and I know where to put it. I’ve had a long enough career to where I think I’ve done something right.”

A Visible Man is available wherever books are sold now.

The post Edward Enninful On His New Memoir And Overcoming Imposter Syndrome appeared first on Essence.