New York (check), and now London (check) —we’re officially halfway through fashion month. As the fashion set ascends on Milan, we wanted to take a moment to dish about some of our favorite collections from LFW. Out of the big four (NY, London, Milan, and Paris), London is quite known for it’s eclectic, artisanal approach to design. From the baroque romanticism of Simone Rocha and the sophisticated sexiness of Nensi Dojaka, to the tulle fantasy of Molly Goddard, London Fashion Week has a bit of something for everybody.

Ahead, get into the ESSENCE fashion team as they discuss their favorite looks and collections from London Fashion Week Spring / Summer 23. 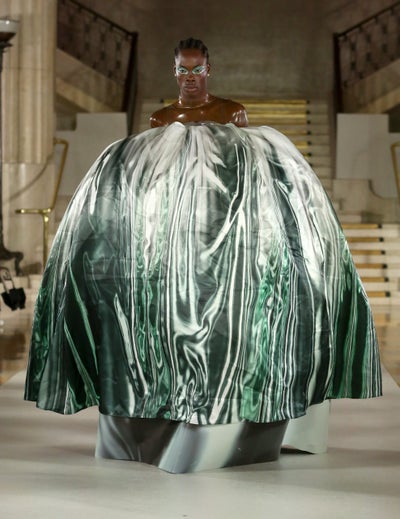 LONDON, ENGLAND – SEPTEMBER 18: A model walks the runway at the KWK by Kay Kwok show during London Fashion Week September 2022 on September 18, 2022 in London, England. (Photo by Nick England/BFC/Getty Images) 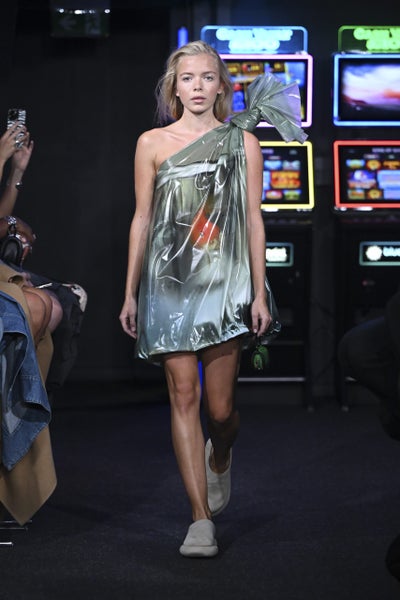 LONDON, ENGLAND – SEPTEMBER 17: A model walks the runway during the JW Anderson Ready to Wear Spring/Summer 2023 fashion show as part of the London Fashion Week on September 17, 2022 in London, United Kingdom. (Photo by Victor VIRGILE/Gamma-Rapho via Getty Images)

JW Anderson — JW Anderson’s wacky fishbowl dress was my favorite look from LFW. It’s hilarious, bizarre and I can’t wait to see which celebrity wears this on the red carpet. 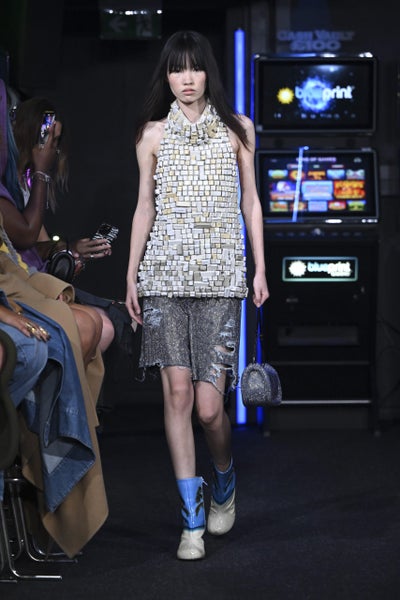 LONDON, ENGLAND – SEPTEMBER 17: A model walks the runway during the JW Anderson Ready to Wear Spring/Summer 2023 fashion show as part of the London Fashion Week on September 17, 2022 in London, United Kingdom. (Photo by Victor VIRGILE/Gamma-Rapho via Getty Images)

JW Anderson — The world is a better place with JW Anderson in it. There’s always a touch of whimsy—an avant-garde, surrealist approach to design. As with every JW Anderson collection, it’s an inside view into the wonder emporium that is his mind. That’s what draws me to designers; I love seeing a collection and automatically feeling part of their world. This SS23 collection was this take on man v. the machine. This particular look, look 17, a halter top made up of old computer keys, seems quite bizarre but is also so wearable. I can easily see this top paired with baggy cargo pants and a heel, and it’s a street style look, or worn with a sequin maxi skirt, and it’s evening. 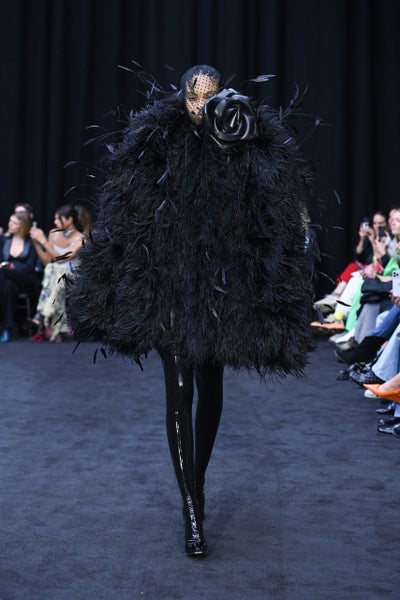 Richard Quinn — For Richard Quinn’s Spring/Summer 2023 collection, the beloved British designer dedicated the collection to Queen Elizabeth II. After discovering the news of the Queen’s death, Quinn and his team created the first 22 looks of the collection in 10 days. The collection was clearly created with careful craftsmanship – it portrayed a beautiful, dark romance and spotlighted the beauty of royalty. 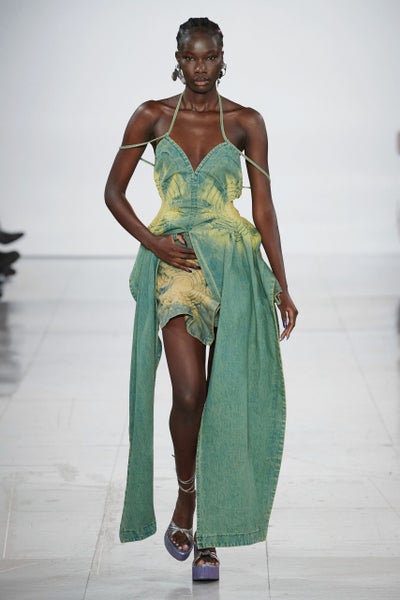 Masha Popova — In general, I find the innovative avenues with which designers approach denim these days extremely impressive. Especially so with Masha Popova, who showed at London Fashion Week for the very first time this season with a collection of almost entirely experimental denim looks. An intriguing wash and unexpected texture is a great way to play up the fabric, which the brand does well with this elongated top and matching skirt. The set is one that would turn heads and ignite conversation in any room, and it feels just as perfect for fall as it is for spring.

Five reasons why you should work with a job recruiter