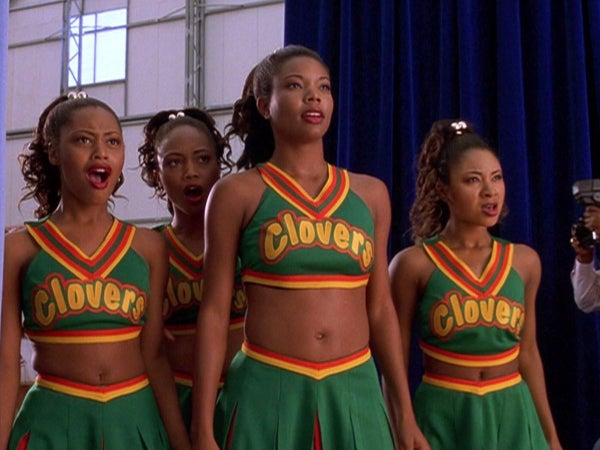 Gabrielle Union is spilling some on-set secrets about one of her most beloved film roles.

The actress and author took to TikTok over the weekend and dropped a bombshell revelation. Union disclosed that she and the other actresses portraying the East Compton High Clovers cheer squad were called upon to shoot separate scenes after shooting had already wrapped.

The purpose? To purposely mislead audiences into thinking that the film had much more focus on the Black cheerleaders than it ever actually did.

“Storytime!” Union exclaimed on the sharing app, superimposed over scenes from the famous trailer.

“So, we shot these snippets that you see here after the movie wrapped, because once test audiences saw the movie, they wanted more of the Clovers. We shot these only for the trailer, not for the movie, to make people think we were in the movie more than we were. The end.”

In the clip, which has thus far garnered over 1.9 million views, Union, alongside Natina Reed, Shamari DeVoe, and Brandi Williams, can be seen practicing and dancing in plainclothes inside their high school gymnasium, strutting the hallways, and kissing and interacting with boys in front of their lockers. These are juxtaposed against scenes of the Rancho Carne Toros riding in cars and having similar practices inside their own school gyms, making it seem as though there are parallel individual storylines between the Black and white high school cheer squads.

This isn’t the first time Union has looked back on the iconic role in recent months. While appearing on Good Morning America last November, the star revealed that she regretted the way she handled the character of Isis in Bring it On.

“I was given full reign to do whatever I wanted with Isis in Bring It On, and I chose respectability and to be classy and take the high road because I felt like that would make her be appropriate — the right kind of Black girl,” she explained. “Black girls aren’t allowed to be angry — certainly not demonstratively angry — and I muzzled her.”

“A young Black girl should have said, ‘Yeah you stole our routines and when you were forced to come up with your own, you weren’t good enough,” she later told People of the film’s ending scene. “But I didn’t give her a full voice.”