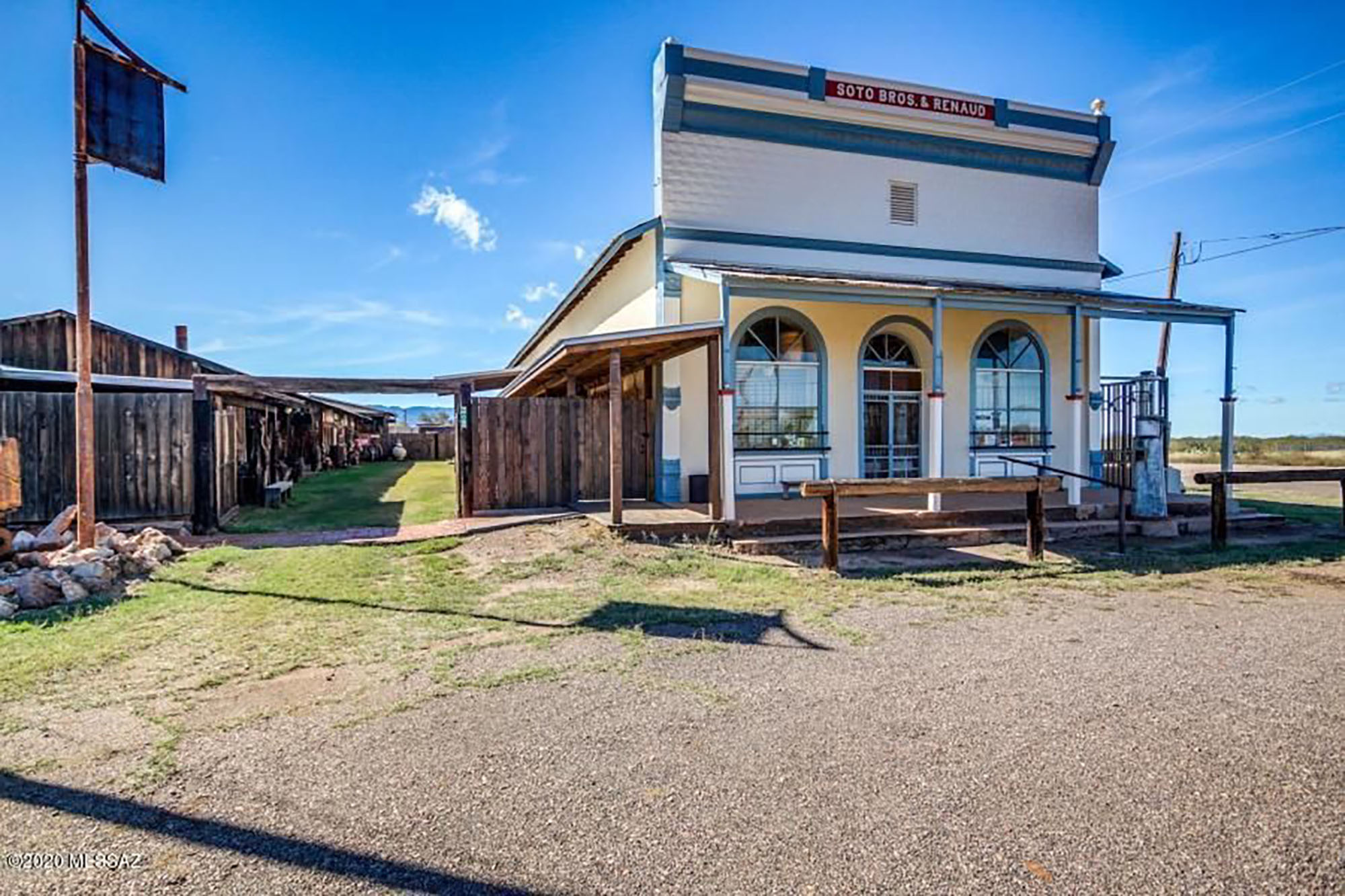 This lonely landmark is looking for a new owner.

A painstakingly renovated Wild West general store is seeking a caretaker to mind its shelves — and history.

In the ghost town of Pearce, Arizona — “a gateway to the famed Cochise Stronghold in the majestic, sacred Dragoon mountains” about a 90-minute drive from Tucson and with a population less than 2,000 — one woman’s carefully restored reincarnation is now for sale. The 905 Ghost Town Trail property is listed as a one-bedroom, three-bathroom home and is currently seeking $1.1 million.

“The mercantile has been standing there at the same spot since 1895. It was your one-stop-shop, like today’s department store,” listing agent Patsy Nyberg from Realty One Group Integrity told Insider of the old general store, which was purchased by a woman named Patricia Burris and her late husband, Michael, in 1996. A historian, Michael long dreamt of giving new life to the 127-year-old storefront, which in 1978 made it into the National Register of Historic Places.

He died before the job was done — but following his death, his wife committed herself to completing the task with the help of local artisans. (Nyberg’s husband did the carpentry on the apartment in the rear of the home, she told The Post.) In 2019, some three years after Michael’s passing, it was finished, from the re-stuccoed facade and repaired original railings, ladders and shelves — to added relics and period decor.

Beyond that one-bedroom residential portion, which a prospective owner can turn into a vacation rental by adding more rooms, Burris also transformed the space into a museum showcasing the history of the former mining town. The listing has been on and off the market over the past few years. (For its part, the apartment comes complete with a dining room and a kitchen with functioning vintage appliances.)

“[Burris] filled this place with antiques that she sought out over the years, many of which will convey with the sale,” and were donated by area families or found at yard sales, Nyberg told Insider.

Although Burris briefly lived at the property, known as Old Pearce Mercantile, while her home — Pearce’s former post office — was being renovated, she still checks on the space daily. It all awaits its new owner empty, save a cat that often hangs out at the space.

Where Are All The Lord Of The Rings RPGs On Console?

Painkiller warning: 2 signs on the toilet that could signal kidney problem – call a doctor