Guy Johnson, Author And Son Of Maya Angelou, Has Died 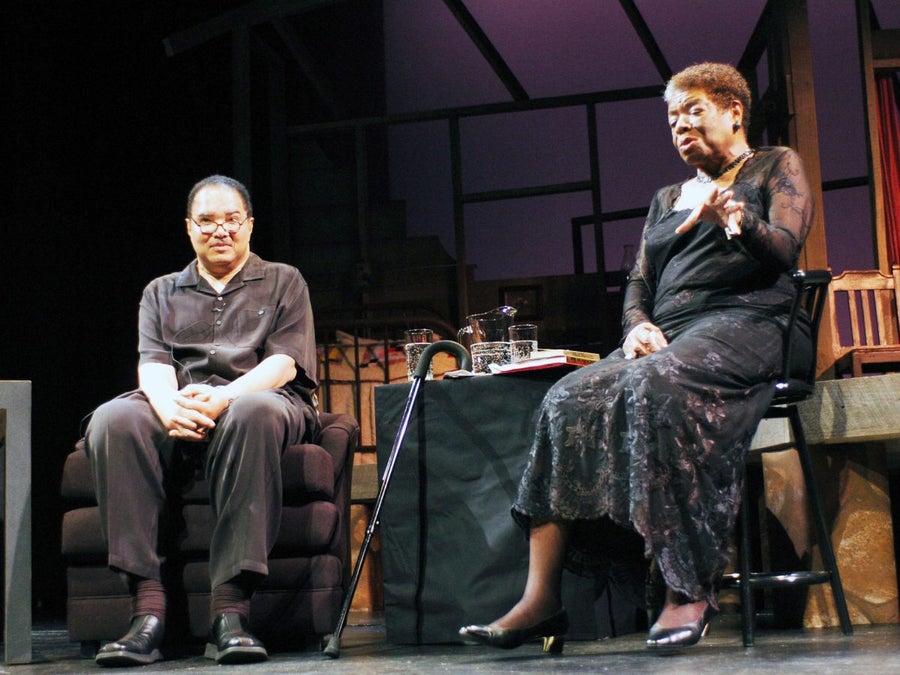 The only child of the late, great Maya Angelou has died. He was reportedly 77 years old.

The news was shared from the official Facebook for the iconic poet, with it being revealed that he passed away on Wednesday, Feb. 16th.

“Mr. Guy Johnson passed away peacefully at his home this morning in Oakland, California,” the statement read. “Arrangements will be made and announced in the coming days.”

Mr. GUY JOHNSON passed away peacefully at his home this morning in Oakland, California. Arrangements will be made and…

Angelou gave birth to Johnson when she was a teenager. In his late 20s, he was in a car accident that damaged his spinal cord and left him temporarily paralyzed.

“Guy Johnson is a wonder,” Angelou is quoted as saying of her son in an interview with the Associated Press. “He’s been physically challenged. He was paralyzed from his neck down at one point. The doctors had told me, ‘Your son, he will never move again, he will never walk again.’ I said, ‘My son will walk out of this hospital.’”

The two had a very close relationship. She once said on OWN’s Super Soul Sunday that “My greatest blessing has been the birth of my son.” And Johnson was an author like his mother, writing a number of books including Standing at the Scratch Line. When he was asked at one time what it was like growing up in the “shadow” of his beloved parent, he replied, “I didn’t. I grew up in her light. Sometimes I wasn’t worthy of it, but it has always been an experience that expanded me.”

The post Guy Johnson, Author And Son Of Maya Angelou, Has Died appeared first on Essence.

PrevPreviousColorado State to Permit Payment of Taxes in Crypto this Summer
NextWhat’s the Future of Art NFTs? 5 Predictions For What Lies AheadNext

The Buffalo massacre screams for the death penalty