It’s probably pretty difficult to imagine Secretary Hillary Clinton listening to “WAP,” but the song is indeed how the former politician was first introduced to Megan Thee Stallion.

Clinton revealed that nugget of information during an episode of her new Apple TV+ series Gutsy with daughter Chelsea in which they talk to notable women from all walks of life about the ways in which they show up in the world and their work.

In their conversation with Megan, Secretary Clinton and Chelsea talk about the backlash the Houston rapper has received throughout her career and the ways in which she’s used her music to call attention to sexist double standards. When asked what stuck out most from their chat, Chelsea says it’s the way in which Megan is still able to choose joy despite all the hate that’s thrown her way.

“What struck me so much was not only how unapologetically she is herself, but how unapologetically she is in her joy,” Chelsea tells ESSENCE. “She is determined to find and nurture that joy everyday. So not only the work she feels call to do as an artist in her own mind, in her work on stage, as an advocate for her community and for the elderly. But that she just refuses to do anything of that without the joy that she believes has a right to. And I found that incredibly inspiring.” 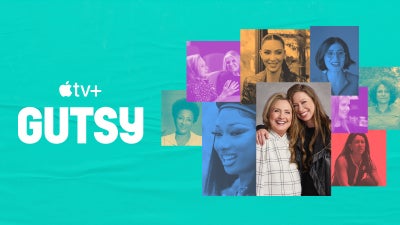 Megan is just one of many Black women who are a part of the Gutsy series and who have had a strong influence on both Secretary Clinton and Chelsea throughout their lives. Speaking to elevating those voices, Clinton says, “I have been so inspired by the stories of the individual women and collectively what they represent. We were determined we were going to have diverse women and diverse experiences because of that old saying, you can’t be what you can’t see.”

Beyond diversity, there’s also a deep level of vulnerability that permeates from each of the guests’ stories which encouraged the hosts to be more open about their own experiences as well. “The level of honesty that every one of these women displayed, we thought if they’re going to be honest and open then we have to be honest and open,” Secretary Clinton explains. “We have to share the challenges in our own lives.”

Check out our full interview with Hillary and Chelsea Clinton in the video above.

The post Hillary And Chelsea Clinton Share What They Learned From Painting With Megan Thee Stallion appeared first on Essence.

Lyft freezes all US hiring amid stock slump, economic downturn