“Growing up, I spent summers working on roofs with my family, so I know how important this work is to keeping families safe and building stronger communities,” Mackie tells ESSENCE. “Everyone deserves a roof over their head, and I’m proud to be working with GAF to give back to my hometown and ensure we withstand the next storm.” 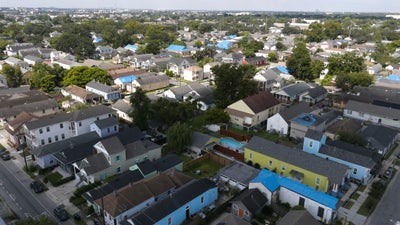 This collaboration is part of GAF’s commitment to invest $25 million through 2025 to help build greater resilience around families, shelter and workforce so communities feel more prepared to respond to extreme weather events. The company will also train members of the community in essential roofing skills and provide resources to non-profit partners, including Rebuilding Together, Habitat for Humanity, Team Rubicon, Good360 and SBP, to employ these individuals to support these rebuilding efforts.

According to FEMA, over 10,000 families remain displaced and unable to return home following last year’s Hurricane Ida. Two decades after Hurricane Katrina, more than 25% of homes are still vacant in New Orleans’ 7th Ward. GAF is committing to repairing or replacing 500 roofs throughout the Gulf Region, starting with 150 roofs in the 7th Ward. 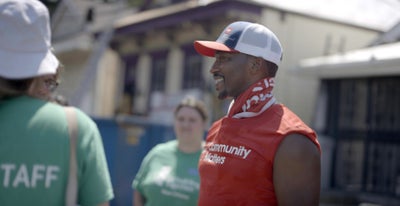 For several years now, Mackie has had an active filming schedule in addition to acting on and off-Broadway. However, he prioritizes uplifting his community, as well as doing what he can to help the less fortunate. Balancing work, his family, and service is something that is never an issue for the New Orleans native. “You make time – that’s the fun part. My schedule is always full, but the best part about it is you schedule in time for those things that are fulfilling,” he says.

“It’s very rewarding for me. I live in the 7th Ward now so a lot of the people that we help either know me, my siblings, or one of my parents,” Mackie continues. “It’s very rewarding to go back and help the people that I literally grew up with. It’s great when you not only can help your community, but you can also help your neighbors. So with GAF coming in with the Community Matters initiative gave me the opportunity to do that.”