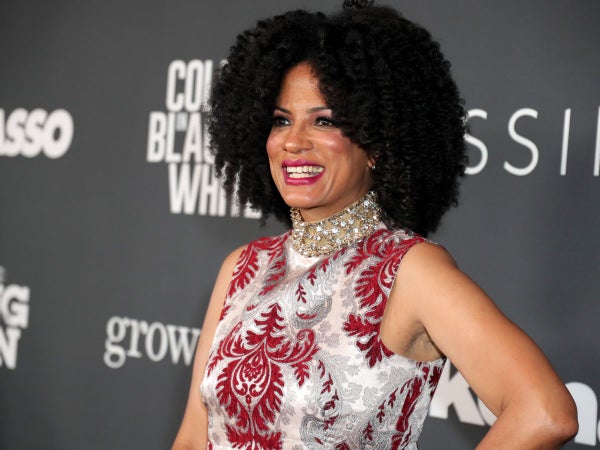 Janine Sherman Barrois created The Kings Of Napa after a day trip to a family-owned vineyard planted a seed in her imagination. She was heading out with friends when her mother informed her their intended destination — Rideau Vineyard — was Black-owned.

“I was sort of taken aback because I didn’t know that there were a lot of Black vineyards. And then when I started looking into it, there were a ton of them,” Barrois told ESSENCE.

Her curiosity about what it would look like to run a beautiful facility with a Gucci-covered iron fist grew stronger with every glass she consumed beneath the California sun.

“When I was sitting there out on the picnic blanket, I thought this would be an amazing setting.”

The showrunner amped up the fever of the serene landscape for the fictional story premiering on OWN this winter, dropping in sibling rivalries and hushed secrets everyone can relate to no matter their profession. “I made the drama very heightened, but I also made it grounded so that it felt like a family,” Barrois said.

She spent “two or three years, developing it and redeveloping it,” she explained, before her idea blossomed into a complete world full of back stabbing and Sauvignon Blancs. The result of that work is an hour-long drama based in the Napa Valley that feeds OWN viewers the fun soapy moments that shows like The Haves and Have Nots and Greenleaf have served them for years.

Barrois’ storied career, carved out by the mentorship of other storytellers, prepared her for this moment to take the reigns. “I ​​came up working under Yvette [Lee Bowser] and Bentley Evans and Larry Wilmore, but I got schooled in drama under the John Wells camp,” she said.

“I wrote on Third Watch and I wrote on ER, and I got a lot of episodes under my belt. So I had an opportunity to learn from some great showrunners. And so when I became, when I left, ER, I was an Executive Producer. When I went to Criminal Minds, I was an Executive Producer. And then when I signed this overall deal, at Warner Brothers, I started to run my first show officially on my own.”

Barrois was also responsible for helping viewers understand a colorful South Florida underworld in the TBS hit Claws, where she sharpened her management skills.

“At the end of the day, you’re like a CEO of a company and you have all of these people that work for you or report to you. And the truth is the way you succeed is by hiring talented people and trusting that they’re going to do the job.”

Photo by Amy Sussman/Getty Images for the Critics Choice Association

“We worked very hard with production design to get the house right,” said Barrois, who listened to her collaborators’ input closely. “She knows what a beautiful home would look like. When I saw the production team really absorb it and we could all articulate what the house would look like. I could step back because I could see they were on a roll.

In addition to being at the helm of her own show, Barrois is on the brink of launching her production company, Folding Chair Productions, named for the ground-breaking activist Shirley Chisholm, where she plans to empower the people she hires to execute her visions, and their own.

“Once you find talents, you wanna sort of elevate them and give them the space to create and to score and not micromanage them,” she explained. “That’s sort of my point of view. If I find amazing talent and I know they can run with it, I let people run with it. I’m one of those people that wants to see other showrunners come up. And I also want people to have their own space to create.”

That space includes room to disagree with the boss. “Sometimes my way might not be the right way. It’s the way I think it should go today,” she admitted.

“If a writer or producer is really passionate about an idea and they won’t let it go, I respond to that.”

She wants to use her platform to continue telling stories that enter worlds that are not frequently explored on the small screen. “We want to work with creators that wouldn’t necessarily get a seat at the table,” she said. “I like edgy material. I like things that you haven’t seen. I like things that push the envelope.”

The Kings of Napa premieres tonight on OWN at 8 pm ET/PT.

TOPICS:  Janine Sherman Barrois The Kings of Napa the kings of nappa

The post How Janine Sherman Barrois Turned A Day Trip To A Vineyard Into A Dynamic New TV Series appeared first on Essence.

The World Of Women Collection, Including And Conquering

Upcoming Nintendo Switch Games And Accessories For July And August 2022