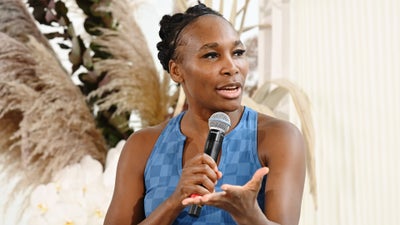 During two of New York City’s most monumental calendar moments – the US Open and New York Fashion Week – Grand Slam aims to celebrate the intersectionality of tennis and fashion through tennis match screenings, fashion panels, culinary offerings, and DJ sets. In the spirit of kicking off the series, Grand Slam partnered with Williams and trainer Kira Stokes for a 15-minute Sweat Session workout followed by a Q&A with Venus. Guests were also granted the opportunity to watch a live screening of the US Open Men’s Finals at the Rooftop Terrace of Spring Studios in Tribeca. 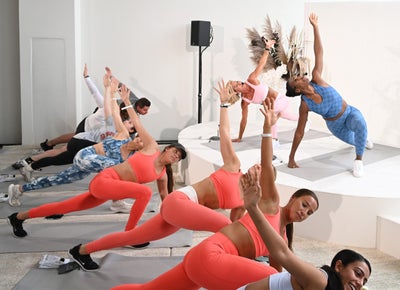 “Oh my gosh, my life’s not balanced, ever. It’s unbalanced. I’ve accepted it, and I’m okay with it. When you are trying to achieve things in life, if you start thinking you’re going to be balanced, then think again, that’s life. That’s how it is,” Williams admitted to ESSENCE during New York Fashion Week when asked about balancing her obligations.

“Then you just have to find your small moments of balance throughout your day to get ready for the next day. I’m okay with that. When you’re doing something that you like and you love makes it a little easier and you have a great team around you. If you do not have a great team around you, definitely not as much.” Just a few weeks prior, she played against her sister and newly-retired tennis player Serena Williams in the US Doubles. Did we forget to mention that she runs a fully functioning business?

It’s no wonder why Williams had to switch modes from entrepreneur and the face of the EleVen brand to Fashion Week-goer quick, fast, and in a hurry. “I know my schedule and I know what I have to do next, so then I’m already prepared for it. When I know what I have to do, then I’m determined to do it. It’s like I’ve made the choice to get involved, so let’s get involved. That’s what it is,” Williams said. 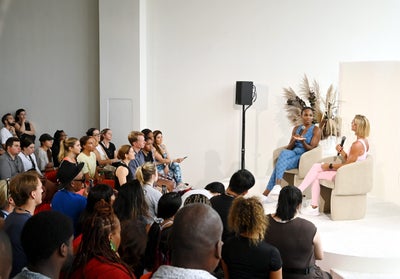 While former World No. 1 and seven-time Grand Slam singles champion remains booked and busy, she remains humbly proud of the success of the fashion-forward activewear brand. Since its foundation, EleVen has created capsule collections surrounding the premiere of Batman starring Robert Pattinson and Zoe Kravitz,  teamed up with LOOK OPTIC to launch a limited-edition collection of unisex metal frames, and partnered with Credo Beauty for a mineral sunscreen. Let’s not forget – she still plays tennis.

Williams has confidence that the first EleVen collection was well-received by the masses, especially considering that she put a piece of her own story into the collection. “It’s all about my roots, and the roots of people that I’ve admired and influenced me growing up in California. It was kind of like a return to our roots, and a return to who I am, and what I stand for, and what EleVen stands for, which is the pursuit of your best self,” Williams explained.

“In order to pursue your best self, you have to know who you are. That’s really the story that this is telling, and our first drop was really all about just my roots in California and actually Billie Jean King. She was from Long Beach. I lived in Long Beach the first three years of my life, so it was kind of like this parallel of tennis players [and] California.” 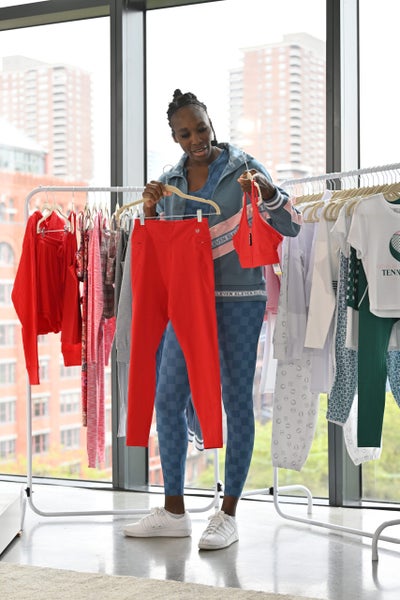 When asked by ESSENCE about her favorite Black designers who were on her list, she praised Sergio Hudson. In fact, she said that she’s “completely obsessed.”

“We wore some of his stuff in the Harper’s Bazaar cover we did recently, and I wanted just to keep it on. I couldn’t. I think they were samples we had to give back,” she laughed. “I tried on so much of his clothes for the award season as well, and didn’t get a chance to wear all of it, but I was drooling. It’s so wonderful to see that expression of creativity come out and how distinct the voice is. That’s what we need for American design right now and I can’t wait to see what he does next.”

As far as what’s next for Williams and the EleVen brand, she revealed to ESSENCE that she will be gearing up for her second and third drop. “Our main goal is to help people to be well. There’s so many definitions of being well – mentally well, emotionally, well physically, well, all the different things,” she said.

“You need that part of wellness and to live your best life, to pursue your best self, you need to be well and happy. If you aren’t, it makes it hard to be your best. That’s what we’re we want for people, and that’s really what’s next, all the time.”

The post How Venus Williams Maintains A Sense Of Balance And Boundaries While Owning A Business appeared first on Essence.