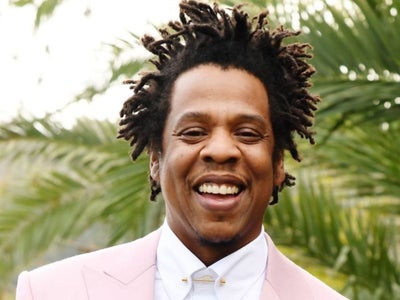 One thing about Jay-Z, he’s going to pay homage to where he’s from. And alongside his friend Jack Dorsey (founder of Twitter), he’s putting his money where his mouth is.

As previously reported by AfroTech, the billionaire moguls launched a 12-week financial literacy program specifically for the residents of the Marcy Houses in Brooklyn, NY, the housing project Jay-Z was raised in.

Launched this summer, The Bitcoin Academy offered free online and in-person courses for Marcy residents who are interested in careers in crypto and learning more abut digital currency.

“A lot of times, information doesn’t get to our community. Not because people are being intentionally discriminatory, it’s because they’re not being intentional about getting the information there, said Lamar Wilson, an instructor in the Academy and founder of Black Bitcoin Billionaire, according to Business Insider as reported by Yahoo Finance. “And so somebody has to pick up the mantle and do it.”

The program recently culminated and to celebrate, Dorsey and Jay-Z airdropped $1k in bitcoin to all the participants in an effort to help them start their crypto journey.

“Marcy residents showed up,” said Ms. Gloria Carter, Jay-Z’s mother. “The over 350 people who attended The Bitcoin Academy classes let us know that this education is important to them – and that it matters,”and the president and co-founder of The Shawn Carter Foundation, in a statement reported by Business Insider. “What also matters is providing the necessary resources such as dinner, childcare, devices, internet access, dedicated staff and instructors so that as many people as possible could participate in person and online. I am so grateful to the community that came together to make this happen, and especially to all the class participants who are now more empowered to make their own financial decisions with greater knowledge. Knowledge is Power. It’s now up to everyone who participated to empower and prepare the next generation.”

The post Jay-Z & Jack Dorsey Give $1K Worth Of Bitcoin To Marcy Houses Residents appeared first on Essence.