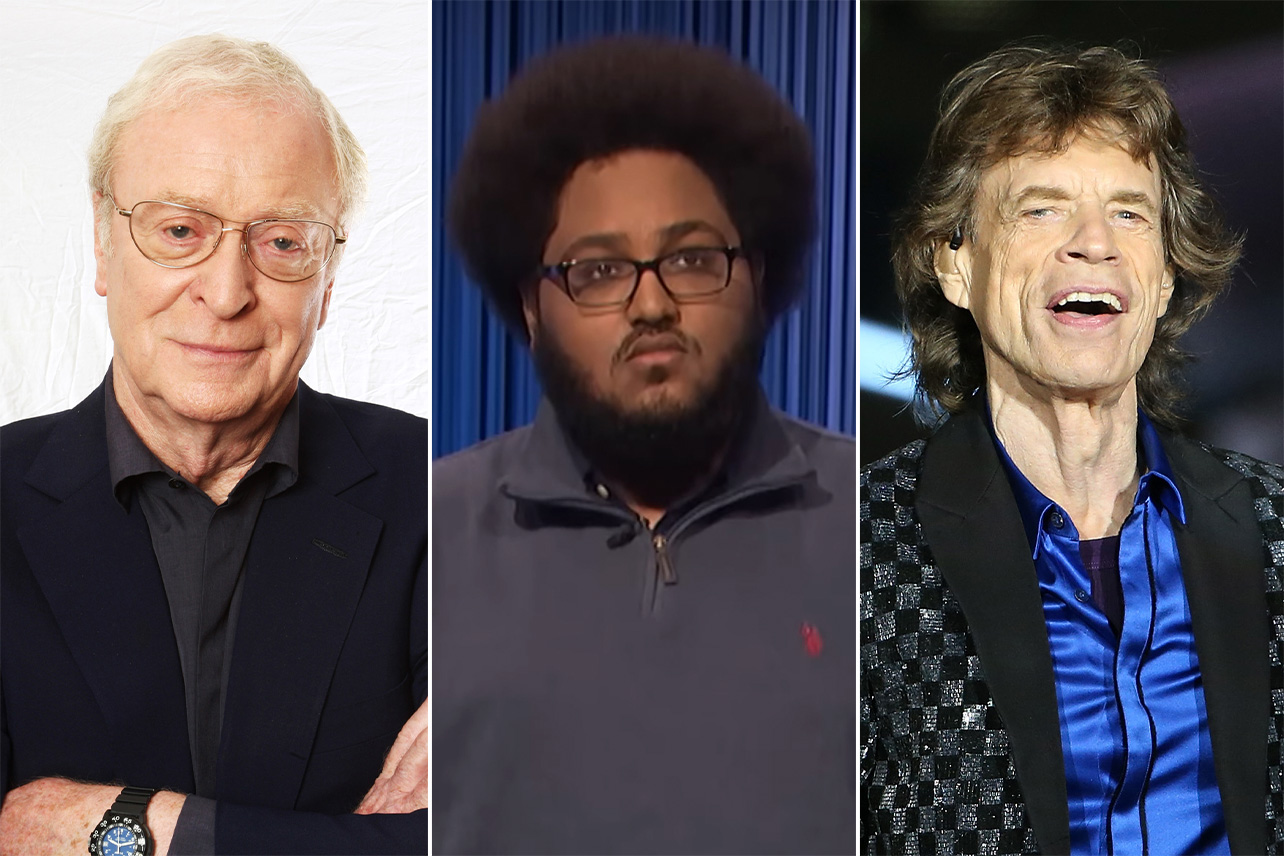 What is… the wrong answer.

A “Jeopardy!” contestant made a big boo-boo during Monday night’s game when he incorrectly guessed the answer to a question involving Sir Michael Caine.

Contestant Mazin Omer picked a question for $400 and was given a photo of Caine, 89, holding up his knighthood badge.

“To honor his father, this star here was knighted with his birth name, Sir Maurice Micklewhite,” host Mayim Bialik said.

Omer wrongly replied back, “Who is… Mick Jagger?”

After his mistake, contestant Lisa Hernson quickly buzzed in and correctly said that the clue was regarding Caine.

The “Batman Begins” star was knighted in 2000 by Queen Elizabeth for his services to British film and drama.

Despite the screw-up, fans hilariously commented their astonishment at the snafu on Twitter. One wrote, “The Michael Cain/Mick Jagger response will live on as a historic bad answer.”

“A contestant on Jeopardy just thought Michael Caine was Mick Jagger. What is happening here?” another wondered.

One added, “#jeopardy is on 30 minutes earlier where I live than where my mom lives. Just texted her: Someone is going to say Mick Jagger and you will yell at the TV.”

“I never thought I’d see someone mix up Michael Caine and Mick Jagger,” someone noted.