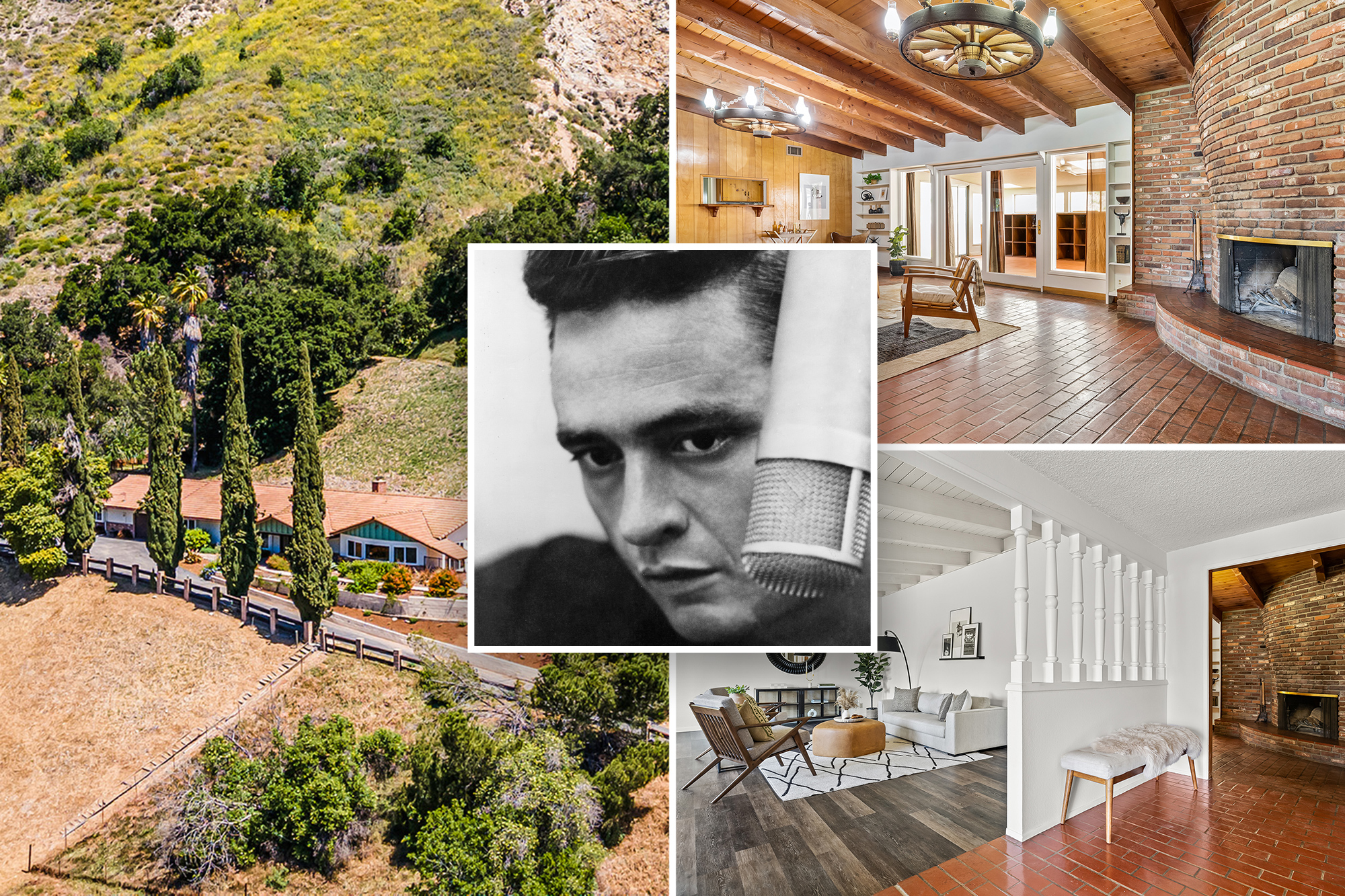 Call it an all-“Cash” deal.

A ranch-style estate in California that the late crooner Johnny Cash and his first wife long called home has sold, and for more than it was listed.

After less than two months on the market with a price tag of $1.79 million, the Ventura, California, property sold for $1.85 million to a Johnny Cash fan, The Post has learned. Douglas Elliman agents Adam McKaig and Melissa Borders repped the listing.

The property is a gem for lovers of the country king: Not only did he once live in it, but it was also reportedly built to his exact specifications — and still includes plenty of colorful original details.

The “A Boy Named Sue” singer had the 4,500-square-foot house built for him and his first wife, Vivian Liberto, in 1961. At the time, the ill-fated pair were trying to save their marriage by moving with their children to the rural sanctuary, where they could be somewhat removed from the pressures of fame.

Set on just under 6 acres sandwiched between hills, the double-gabled house was the couple’s home for six years.

Relics of Cash’s time on the compound include glitter-painted ceilings, a wall-mounted turntable, an intercom system, a curved brick fireplace and very 1960s-chic period specific custom wood built-ins throughout. Cash’s studio has also been significantly untouched by time or subsequent owners, and still has the high windows and wood paneling which adorned it during the rocker’s many late nights there.

The address also still features distinct his-and-hers master suites, although their design has since been updated from the “pastel feminine sensibility” and “period wallpaper,” which Johnny and Vivian once had it done-up in, according to the listing.

Johnny’s black commode, however, remains intact in his bathroom.

Spain, Turkey and Greece could be too hot for holidays in 2027 with soaring temperatures | Travel News | Travel

Urbit Is Web3, Weird and Wonderful and I Don’t Care Who Made It

Can WAVES Flow Back From Its Low Ebb And Reclaim $4.6?