Publisher CFK has announced that it will be launching Koumajou Remilia II: Stranger’s Requiem on the Switch.

The game is a sequel to the Castlevania-inspired side-scroller Koumajou Remilia: Scarlet Symphony featuring characters from ‘Touhou Project’, which launched on the Switch’s eShop just earlier this year, with a physical version available in the Japanese market.

No release date has been set at the time of writing, but attendees to Japan’s Tokyo Game Show 2022 on September 15-18th will be able to hands on with the game ahead of its release. As confirmed by Gematsu, Stranger’s Requiem will feature language support for English, Japanese, Chinese (Traditional, Simplified), Korean, and French. 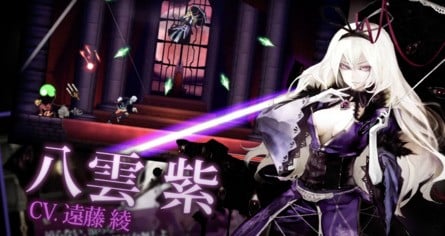 We’ll keep an eye out for a release date in the meantime, but this definitely looks like one to add to the collection!

Are you interested in checking out Koumajou Remilia II: Stranger’s Requiem on Switch? Tell us in the comments!

How do different generations treat their health as an investment?