On April 20, 2020, Princess Isis Lang took a WOW Quiz. The interactive quiz company has a Magic 8 Ball fortune teller-style approach to answering questions about users’ lives. Lang was looking for a not-so-serious response for a one-word meaning behind her name. WOW’s answer? “Famous.”

Lang, 20, is currently a musical theater major at the University of Southern California (USC), and the creator of Cardinal Divas, the school’s first-ever majorette team. She  was a majorette at her Chicago high school and didn’t want to let go of dance when she left home for college. 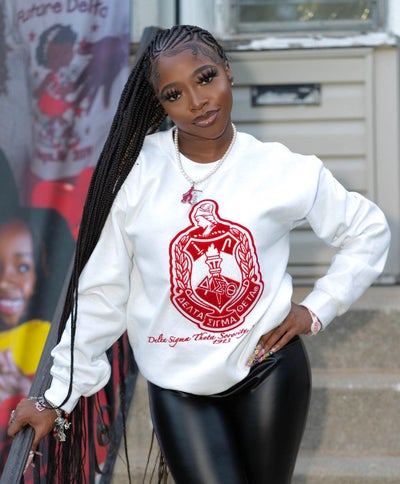 Heading to USC wasn’t always a finite part of Lang’s plan but she had a difficult time finding a school that would meet her needs, noting she wanted a “conservatory-style” environment. “I did want to attend an HBCU,” she tells ESSENCE. “It just didn’t really work out for me. I didn’t want to stay in college longer and pay so much more money when I knew that there was another school that had the opportunities, connections and believed in me the same way.”

Once she was accepted into USC, Lang had to reconcile with the fact that there were no all-Black dance teams that practiced majorette dance style.  So, she told her mother that she wanted to create a dance team but wasn’t sure if she could. During her sophomore year, Lang  met Mark Munson, one of USC’s associate directors of recreational sports, and pitched him the idea of creating an official majorette team. She says Munson was instrumental in making it happen.

“If it wasn’t for Mike Munson, I don’t know if my majorette team would be where it’s at right now this soon,” Lang says. “He really believed in me, he didn’t even question anything.”

Lang then applied to have her team recognized as a school organization. The authorization process took months, finally coming to a close in March 2022.

On September 17, the Divas made their formal debut at the USC versus Fresno State football game. Lang came to realize she’d built something that would catch the country’s attention. After she posted a clip of the Cardinal Divas to Twitter, the video took off and now has 2.4 million views. “It feels kind of like a miracle,” says Hannah Ethridge, a member of the team. “This is all too good to be true. ”

Lang’s outlook was similar. “I was just so happy,” she says.

oh nothing… i created a majorette team at a PWI and performed at our first game.truly though i’m so blessed and can’t thank God enough. Thank you to my parents and to everyone who supported me along this LONG journey. and my girls FYE

The Cardinal Divas of SC are UP NEXT. pic.twitter.com/vif5e02z4b

“There are a lot of negative comments that are going around, but I think the bigger picture of everything is really just to support Black women and uplift Black women everywhere,” Lang says. “I appreciate and applaud everybody that has gone to an HBCU or a PWI, but I’m just here to open up a space for the Black women at my PWI, because we deserve to uplift and embrace our culture just as much as anybody else.” 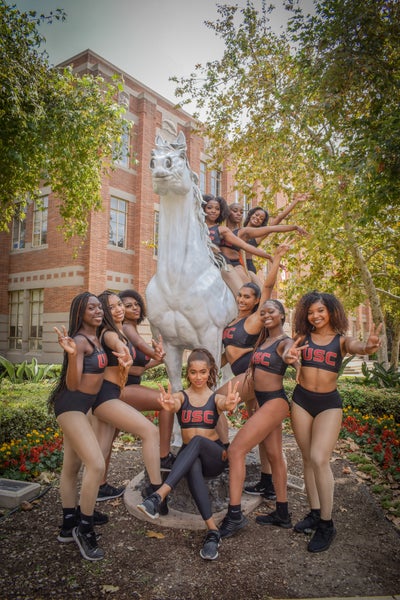 Majorettes are known for their slinky, technical dances and for mixing various forms of Black dance. “Majorettes at Historically Black Colleges and Universities revolutionized the way people view marching bands,” says Bridgette Bartlett Royal,” ESSENCE’s senior research editor. “They are much more than baton twirlers and have an undeniable presence whether performing in front of 35 or 35,000 people.”

Majorettes are enmeshed with HBCU culture. Beginning in the 1960s, high schools and colleges began integrating the young women into their marching bands. Alcorn State University, Southern University and Jackson State are acknowledged as the first HBCUs to present dancers who would wiggle their hips to live renditions of popular hip-hop and R&B tracks. They’ve become a nice blend of the sultry steppers of Black sororities and spirited cheerleaders. KaLores Jackson, a graduate of Grambling State University, says majorettes were “admired” during her college years. “HCBU culture includes band culture, dancing and the beautiful ladies in the front,” she adds. “Of course, they’re the center of attention on the field and in other spaces.”

“Majorette’s energy” has been channeled in mainstream culture many times since they’ve gained popularity. The Charles Stone III-directed film ‘Drumline’ features Zoe Saldana as one of the leads of the danceline at the fictional Atlanta A&T University. In 2018, global superstar Beyoncé brought the glamour and skill of majorettes to her Coachella performance. Also, for the 2021 Met Gala, gymnast Nia Dennis took inspiration from majorettes for her routine at the event’s start. In an interview with Vogue, Dennis described the dancers as “really, really fierce—a lot of attitude, a lot of energy.” 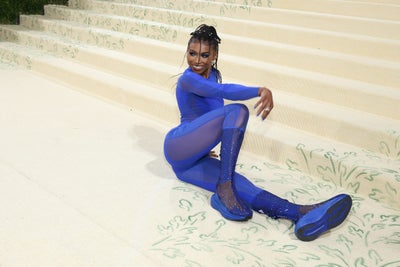 The dancers are stars in their own right, too. In 2014, Lifetime began airing ‘Bring It!,’ a reality show starring Coach Dianna Williams and her majorette team, Miss D’s Dancing Dolls. Williams, a graduate of Jackson State, has an Instagram following of over one million and ‘Bring It!’ has been billed the “fastest-growing show on Lifetime.” The football field’s queens, majorettes smile and spin. Their loyal audience returns the love and when they don’t, oh well.

The backlash Lang and her crew have faced ain’t stopping a thang. As she says, you’ll see more of the team this season. You can look forward to seeing us at these home games on the big screen, showing young Black girls that they can do anything that they think to do,” Lang says. “We just want to show everybody that we are here to stay and we deserve as much camaraderie as any of these other dance teams at USC and across the country.”

This massive moon hotel could head to Dubai