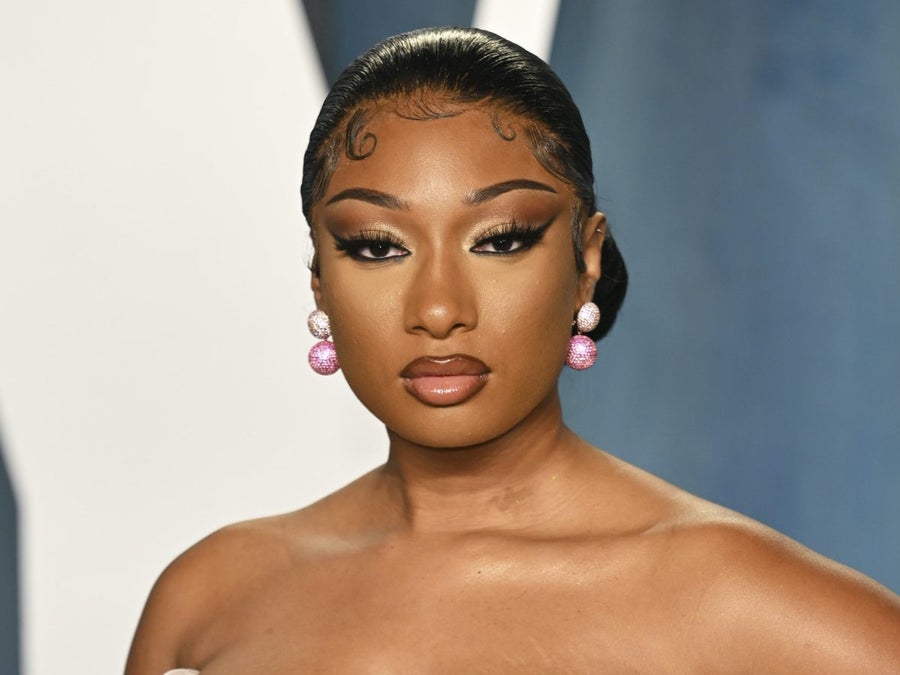 Megan Thee Stallion has officially gone on record with her full account of what transpired the night she was shot.

In an interview with Gayle King on CBS Mornings, the rap superstar explained the events leading up to and surrounding the July 12 incident in which rapper Tory Lanez, née Daystar Peterson, allegedly attacked Megan Thee Stallion, née Megan Pete, with a loaded firearm, striking each of her feet.

For Megan, the harrowing incident came out of nowhere, as the argument leading up to the attack was not physical, nor verbally violent before the firearm was introduced to the situation.

“I never put my hands on anybody, I never raised my voice too loud,” Megan tearfully revealed after taking a pause to compose herself. “This was one of [those] times where it shouldn’t have gotten this crazy.”

Expounding on her previous disclosure of the evening’s events, Megan explained that an argument broke out between she, former friend Kelsey Harris, and rapper Tory Lanes when she was prepared to leave a party at Kylier Jenner’s home, yet no one else was quite yet ready to end the evening. “We were just hanging out. I was ready to go, because I had been there all day.”

“That’s normal friend stuff,” she explained. “We fuss about silly stuff all the time.”

Inside the vehicle on the ride to their next destination, an argument ensued. Megan revealed that at the time of her exiting the vehicle, she was no longer even involved in the steadily escalating verbal argument.

“I asked the driver to pull over and let me out of the car. Like, ‘I’m done with this.’ I should have stayed out of the car,” she said, expressing regret. “I should not have gotten back in the car.” She said the other parties in the car repeatedly asked her to just get back in, as they were almost at their next destination. She conceded, but unfortunately, the argument only intensified from there.

“I don’t want to be in this car no more, because I see it’s getting crazy,” she said, deciding to exit once again.

This time, she’s antagonized and assaulted by Tory Lanez upon exiting.

“So I get out of the car, and everything happens so fast. And all I hear is this man screaming; he says ‘dance b*tch,’ and starts shooting. And I’m like ‘Oh my God.’”

Megan says that the shooter stood through the SUV’s open window and let off multiple rounds in her direction. “I didn’t want to move too quick, because I thought ‘Oh my God, if I take the wrong step, I don’t know if he can shoot something that’s super important, I don’t know if he could shoot me and kill me.’ I was really scared because I’ve never been shot at before.”

Adrenaline running high, Megan says she was initially unsure what had happened, though she could feel her injuries. But upon looking down and realizing her feet were bleeding, she dropped down and crawled into a nearby driveway in the residential area they were parked in.

The rap star says Tory Lanez was apologetic, immediately begging her and her not to tell anyone what had occurred, even offering her $1 million for her silence in the moment.

“I’m like, ‘what are you talking about? Why are you offering me money right now? Help me.’”

With police already called by nearby residents, police and helicopters quickly descended upon their party. In the wake of recent unrest in 2020, Megan’s initial instinct was fear.

“There were so many of them, there were helicopters, and I just thought ‘Oh my God, we’re all about to die,’” she said. “The George Floyd incident had just happened, the police are very much ‘shoot first, ask questions after,’ so I think, there’s a hot gun in the car, I am bleeding, I’ve been shot, they’re about to kill somebody. Something bad is about to happen.”

Despite being the victim, Megan focused on protecting the entire party, rather than disclose that she had been a victim to a shooting, she told authorities that she had stepped on glass. She stuck with this version of events until doctors disclosed to police that they had had to remove bullet fragments from each of her feet – some of which remain in her foot to this day.

The rapper acknowledges that many fans still do not believe that Tory Lanez shot her, or that she was ever shot at all. But given the circumstances and the evidence, she is perplexed as to what other explanations people could be coming up with.

“There’s a hot gun in the car. What else…what happened?” she asks. For those who refuse to believe she was shot, Megan says she has nothing to prove.

“I don’t think any of this is for them. It’s for me. I know this happened to me. I’d rather it play out in court, and the facts come out, and everything come out, rather than me having to plead my case. I’m the victim. I’m not defending myself against anything. Something happened to me.”

Watch the full interview below:

Swedish Central Bank: Bitcoin And Ethereum Are Not Currencies

Nets’ Big 3 drama may have hinged on Spencer Dinwiddie injury

Web3, NFTs, Metaverse: The tools for a truly decentralized future