When someone talks about spiritual successors in the video game industry, a few names immediately come to mind. Stardew Valley, Bloodstained: Ritual of the Night, and Yooka-Laylee all aimed to bring back genres synonymous with long dormant franchises. If a spiritual successor exists to bring back something players haven’t seen in a long time, it’s fair to ask what’s the point in creating a homage to The Legend of Zelda, which is an annual franchise? There’s no shortage of them, that’s for sure, and Ocean’s Heart is the latest to adopt the top-down Zelda formula, the likes of which Nintendo hasn’t produced since A Link Between Worlds in 2013 (discounting Grezzo’s Link’s Awakening remake, of course). Even though this game pulls heavily from Nintendo’s template and stumbles in places, developer Max Mraz delivers an enjoyable take on top-down 2D adventuring.

If you took a quick glance at Ocean’s Heart, you’d be forgiven for thinking it was a long lost sequel to the Minish Cap. Everything about the atmosphere, from the sprite work to the music, seems to be pulled directly from the GBA Zelda game. Even the protagonist, Tilia, looks to just be a modified version of Link’s sprite. And while some might find it shamelessly derivative, where Ocean’s Heart stands out a bit more is in the locales you visit. From large sunflower fields to a town heavily inspired by Greek architecture, the unique environments give the game a much needed sense of identity it otherwise lacks. And while few and far between, even familiar environmental tropes stand out with slight variations on their traditional design, like an autumn grassland. 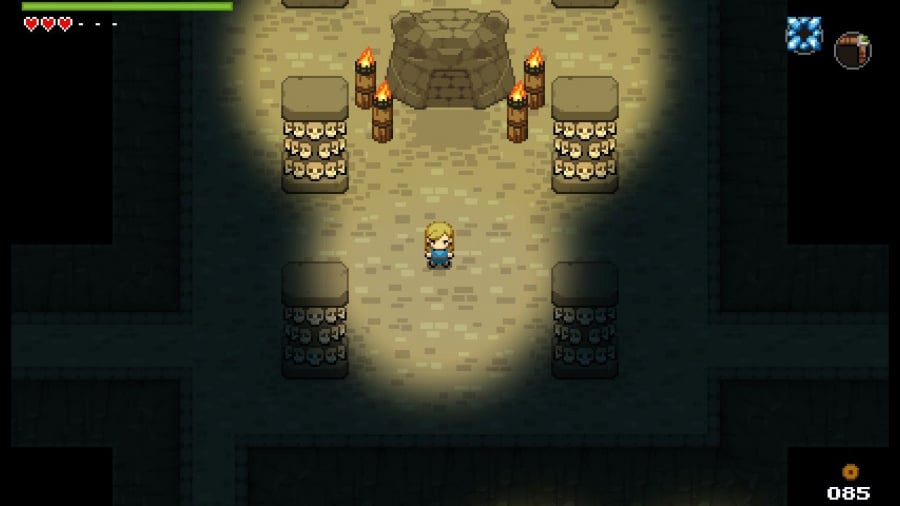 The storytelling in Ocean’s Heart also feels familiar. It follows Tilia after her village is pillaged by pirates and her best friend Hazel is kidnapped by Blackbeard’s crew. Tilia’s father sets out to rescue Hazel, but after months go by without a word from him, Tilia decides to take matters into her own hands and set out to find them both, while hoping to stop Blackbeard and the pirates once and for all.

Although there is a much heavier emphasis on storytelling and dialogue in Ocean’s Heart, nothing in the story is more than a predictable means to an end, which is disappointing. This is ultimately where it falters most, as the writing doesn’t match up to the quality of the rest of the game. Some lines feel out of place or as if they were poorly translated, while others, like Tilia’s dialogue, come off as generic and uninteresting. It is disappointing that the one area where the game tries to develop its own identity is the part worth skipping over.

In terms of gameplay mechanics, Ocean’s Heart plays exactly how you’d expect it to. Equipped with her sword and a boatload of unlockable items, Tilia explores a top-down world, filled with large dungeons, bustling towns, and plenty of secrets to uncover. As is tradition, plot progression boils down to traveling from dungeon to dungeon to find an item that helps you progress in the overworld. While the variety of items Tilia obtains is much smaller than one might expect, there are still plenty of unique tools at your disposal, such as a great fire spear. The highlight is undoubtedly Devana’s Barrier, which creates a Sonic 3-esque insta-shield that reflects all projectiles and negates all damage for a split second. This came in handy in dungeons as they are noticeably more combat oriented than one might expect. 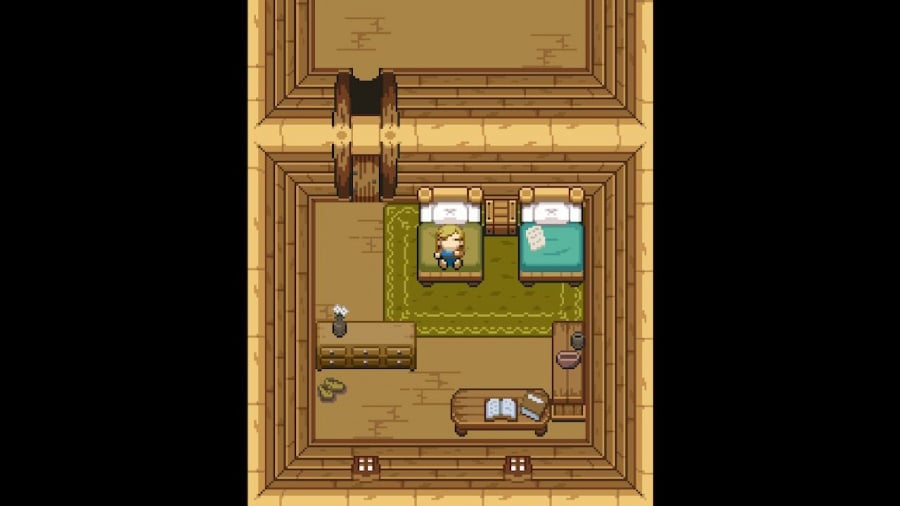 While there are puzzles, they aren’t prioritised and have clearly taken a back seat to combat and simple dungeon exploration. Boss fights, similarly, are also less puzzle-focused, with most bosses just glorified damage sponges needing to be hit over and over with your sword. With all the great tools at Tilia’s disposal, it would have been much more engaging to incorporate them into their respective dungeon’s boss fight.

As you explore the world, you’ll also encounter several NPCs who will offer you side quests. These range from finding certain items in the overworld to an entire shipwreck area where you lose all your gear and need to reclaim it. The variety in side quests not only adds more in play time, but also allows for plenty of optional ways to improve your character. The rewards ranged from weapon upgrades, to money for use in shops to upgrade your equipment. Money is rarely found outside of side quests and chests, so having a fun way to earn currency outside of grinding enemies was really refreshing. Even with these side quests, Ocean’s Heart is still a relatively short game that might disappoint someone looking for a meatier adventure, although equally a blessedly short runtime might be appealing. Our playthrough took around 6-7 hours, side quests included. 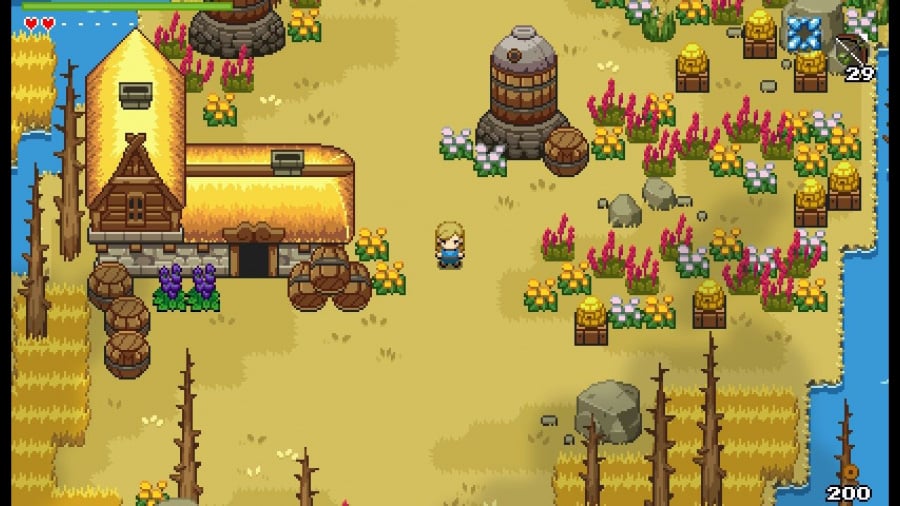 For the most part, the Switch version also runs great. There were no noticeable frame rate dips, graphical errors, or crashes, making it an overall smooth journey. The only major issue comes from what can only be described as a control error, where inputs carry over from one button press to another when performed too rapidly. For instance, if you are rapidly using your spear on the ‘Y’ button and decide to instead use your sword on the ‘B’ button, you have to wait half a second or else the game will register your ‘B’ button as a ‘Y’ button press. This caused more than a few lost arrows and bombs, which grew only more frustrating as the game progressed. Something that could be sorted in a patch, perhaps.

From start to finish, Ocean’s Heart is an enjoyable, albeit short, adventure following the familiar 2D Zelda formula. Having a brand new world to explore, filled with various side quests, should be enough to get any fan of that classic top-down template excited. While the writing and dialogue feels subpar at times, the familiar, yet still-solid gameplay makes up for it. Ocean’s Heart is undeniably a 2D Zelda game in all but name, but Tilia’s adventure shows that a game doesn’t always need to be groundbreaking to be a good time.