Sanaa Lathan: Being A Black Actress In Hollywood Prepares You For Anything 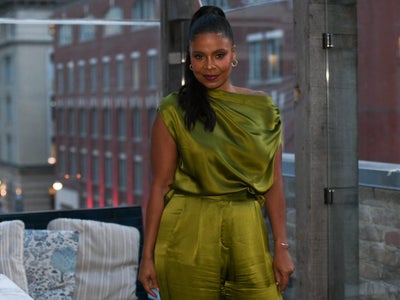 Sanaa Lathan is making her directorial debut this week with the Paramount+ Original movie On The Come Up, but the last thing she feels is nerves. In fact, as she worked on the project based on the book by Angie Thomas about a young girl who aspires to be a rap star, Lathan says she was repeatedly asked “are you nervous?” and her answer was always no. Instead, she recalls, “I was prepared.”

“I knew that I had to be prepared, so I wasn’t nervous,” the actress who also stars in the upcoming NBC series The Best Man, says. “I was just in kind of bliss and joy throughout this whole experience. Being a Black actress in Hollywood when I was coming up, that prepares you for anything. You can do that — and for 20 years–you can do anything.” 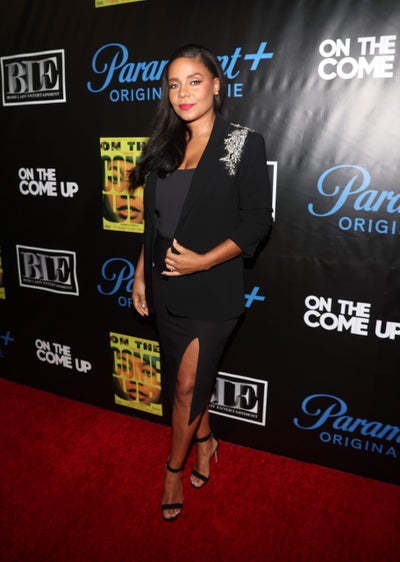 Lathan has proven those words true since the late ’90s when she first drew attention with roles in Blade, The Best Man, Love & Basketball, Disappearing Acts, and Brown Sugar. The daughter of actress Eleanor McCoy and director and producer Stan Lathan, the Yale graduate says she turned to her father for support as she stepped behind the camera for her first directing role.

“Dad, he was so tickled that this opportunity came for me, and he was just a great cheerleader,” she says. “He was like, ‘You got it. You can do it. I know you have a vision.’ And he was just a really great sounding board through the process.”

Lathan also got a few pointers from Gina Prince-Bythewood, who directed her in Love & Basketball, and whom she considers a great friend. “She really helped me because I didn’t know how a director would go about getting the job. There’s a whole process: We have to pitch and you have to make a deck. So she kind of helped me with that and was very encouraging.”

Once her pitch landed Lathan the gig, she then began taking a deep dive into each of the characters in the script, eventually deciding she’d like to act in the project as well. In the film, Lathan tackles the layered role of Jay, the mother of the main character Bri Jackson, played by Jamila C. Gray.

“As I got to know Jay, I resonated with her,” Lathan explains. “I really loved that we’re seeing a woman who was in deep addiction and then we meet her on the other side of it, and yet she’s still struggling. She doesn’t have a job. She has a lot of guilt and shame with her little girl that she abandoned her. And I loved that that storyline was just as valid as a B-storyline, to see this woman trying to pull herself up.”

It was her connection to Bri, however, that first made Lathan throw her directing hat in the ring, she shares.

“I really responded to Bri’s journey of stepping into her power and coming into her authentic voice. I saw a lot of my own younger self in her. I grew up in a family of artists, Black artists, in the 70s. It was a struggle for them. And often, I was around a lot of addiction. I had trauma in my life and one of the first ways of me dealing with that was through acting.

“At 15 years old, I went downtown to this theater group and became part of it. It was a theater group for Black teens and it was the first time that I was like, oh, acting can be healing. It can channel all of this angst and anger and trauma. It gave me a life and it gave me hope, just like rapping does with Bri, so I really connected with her.”

With more than 20 years of acting under her belt– and an Emmy nomination for Outstanding Guest Actress in a Drama Series for her recurring role as Lisa Arthur in Succession —Lathan continues to be open regarding the characters she portrays on screen. “I never say, ‘I want to play this role.’ At least, I haven’t so far. For me, I come from the theater, and I’ve done so many plays and played so many different characters. The fun of it is stretching outside of your comfort zone, it’s challenging yourself. So I say, ‘I want to play any role that I haven’t done before that pushes me, that scares me a little.’ That’s my mantra with that.

As for stepping behind the scenes again in the near future, she says of her experience with On The Come Up, “I learned that the directing hat suits me.”

On The Come Up will premiere on Paramount+ and in select theaters September 23.

The post Sanaa Lathan: Being A Black Actress In Hollywood Prepares You For Anything appeared first on Essence.