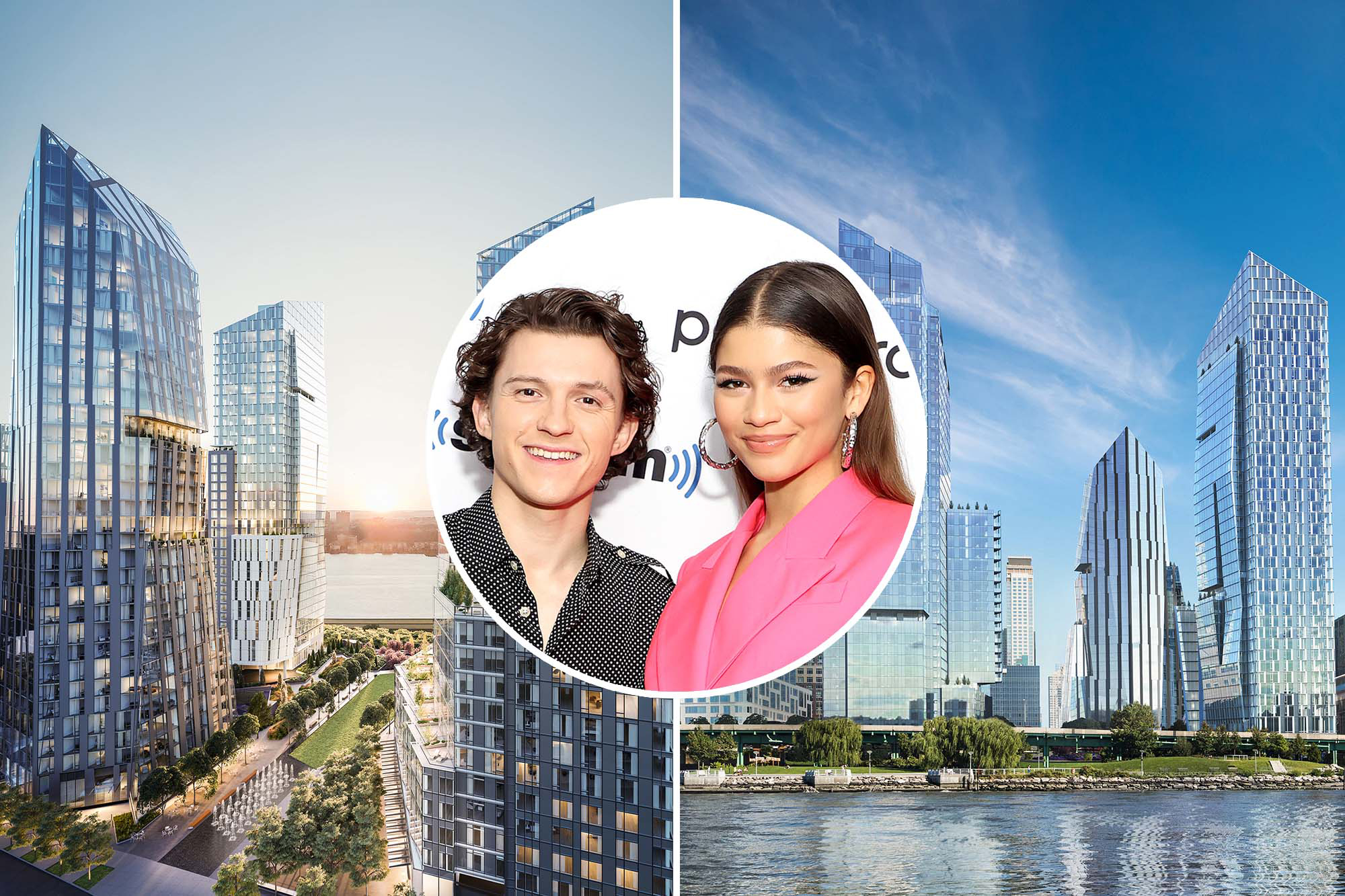 “Spider-Man” star Tom Holland recently moved into a rental at Waterline Square — the new three-tower luxury condo complex on the Upper West Side, Gimme has learned.

The couple have been linked as an item since they starred in “Spider-Man: Homecoming,” in 2017 and remain supportive of each other on social media, where Zendaya has 137 million followers on Instagram.

Holland — the English actor who plays Marvel’s Peter Parker, while Zendaya has played his classmate, MJ — once told GQ how Zendaya keeps him grounded.

“Having her in my life was so instrumental to my sanity. She is so good at being the role model for young guys and girls,” he said.

Holland, who has posted some adorable photos of himself with some puppies last February, might be interested to know that “Doggy Doula” Colleen Safford — who has trained pooches for Vogue editrix Anna Wintour and Michael J. Fox — has opened Far Fetched New York, her first puppy club at Waterline Square.

It was designed by Safford with Tangram.

PrevPreviousEthereum At $3028, Where Is The Next Critical Support Level For ETH?
NextVirginia GOP Official Resigns After He Called For Pentagon Chief To Be LynchedNext

Mercedes-Benz crashes record for most expensive car sold at $142M

Swedish Central Bank: Bitcoin And Ethereum Are Not Currencies

I had never heard of Sally Rooney