The Woman King Owns The Box Office, Earning $19M In Its Opening Weekend 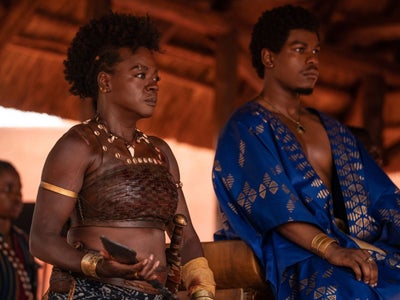 After earning an A+ CinemaScore, the film exceeded the initial expectations of about  $15 million to $18 million; with Sony projecting the movie to hit $12 million. Per a Deadline report, The Woman King debuted with $6.85M on Friday, including $1.7 million in Thursday previews. Audiences gave it a 95% positive on Comscore/Screen Engine’s PostTrak.

“I’d really like to see the industry inspired by such a story, inspired by bringing so many great actors and actresses together,” Boyega said in a previous interview with ESSENCE. “And also, to continue exploring the continent [Africa] for more stories.” 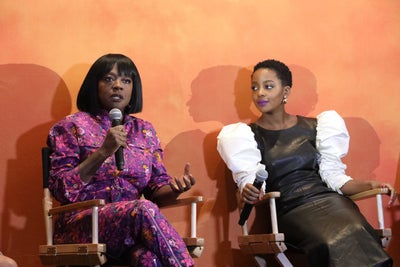 TORONTO, ONTARIO – SEPTEMBER 09: (L-R) Viola Davis and Thuso Mbedu speak during the Twitter Chat with the Cast of “The Woman King” during the 2022 Toronto International Film Festival at Mademoiselle Raw Bar + Grill on September 09, 2022 in Toronto, Ontario. (Photo by Jeremy Chan/Getty Images)

Women made up a large percentage of the weekend’s sales, accounting for 61% of ticket buyers. According to PostTrak, 59% of moviegoers were Black, 19% were Caucasian, 12% were Hispanic and 10% were Asian. In addition to the favorable criticism from audiences nationwide, the film also received great reviews from its world premiere at the Toronto Film Festival earlier this month.

Upon its debut at the TIFF, Davis spoke about the film’s potential impact, as well as how grateful she was for the opportunity to participate in a project of this magnitude. “This film is for the risk-takers,” she said. “This film is for the people who maybe even are the naysayers — who never believed that a Black woman, especially dark-skinned women, can lead a global box office.”

“This film is for the Black women who are out there on the periphery, a conduit, a vehicle to shine a beautiful and glorious light,” the actress added. “I’m really proud to be a part of that.”

The post The Woman King Owns The Box Office, Earning $19M In Its Opening Weekend appeared first on Essence.