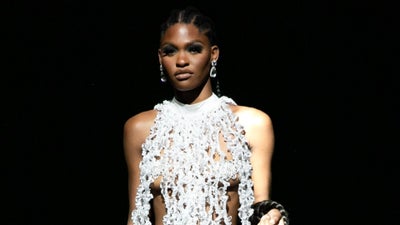 For the Spring/Summer 2023 cycle, Tia Adeola returned to NYFW to present her second show on the official calendar. This season, the Nigerian designer was led by the passing of Thierry Mugler to pay tribute to him and his love for film noir. Historically, Adeola’s collections feature ruffles, feathers, and other design elements that align with Victorian fashion, and this season, she dived deeper into the romantic theme with a new age perspective.

“This season was a representation of my life and experiences. One of the best reviews I’ve been getting so far is growth,” Adeola shares with ESSENCE. “I’m older now, and every day I become more self-aware, and I’m really coming into being Tia Adeola. I’m not the 19-year-old who started Slashed by Tia anymore. I’ve learnt a lot even in terms of garment construction, and I hope that was well communicated to my audience.” 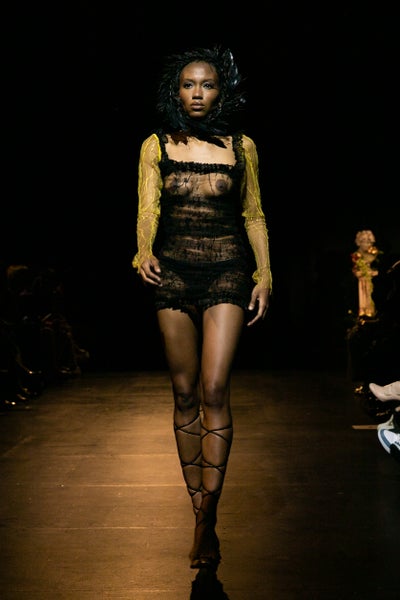 As Adeola envisions herself as a “burgeoning couture designer,” she designed the new collection with elaborate, eye-catching details in ready-to-wear silhouettes. This season, she continued her use of ruffles and lace with new, daring iterations, and to add even more drama to the dimly lit runway, she designed a few headpieces for select looks. During the pandemic, Adeola influenced the trend of stylish face masks with a ruffled version that instantly sold out each restock. While many designers are cashing in on hit accessories, we await to see if Adeola will convert any of the runway pieces into ready-to-wear accessories.

After introducing menswear for the first time with her previous collection, Adeola designed five menswear looks this season with a sporty touch – thanks to her Nike partnership. “Working with Nike has been a dream come true. The teams I’ve worked with are very thorough, and it feels like we’re a family – they take my creative freedom very seriously,” says Adeola. “I grew up heavily involved in sports like the 100 meters, hockey and futball, so sportswear has always been part of my aesthetic, and working with Nike has allowed me to intertwine the two things I love: sports and fashion.” 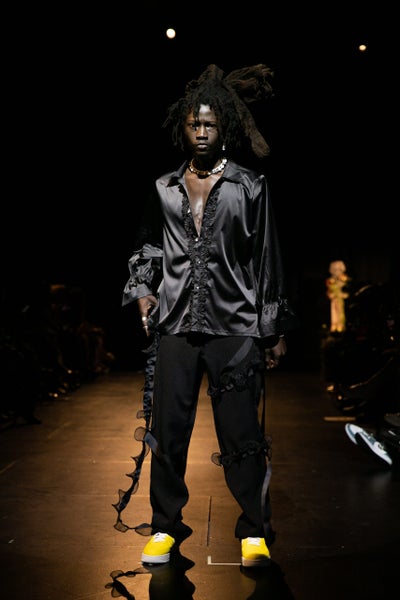 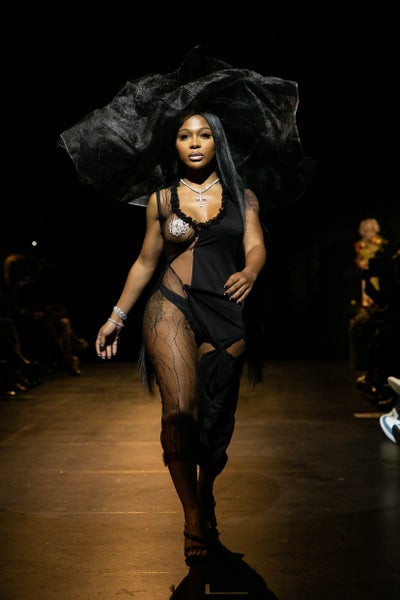 While Adeola continues to establish her eponymous brand in the luxury fashion space, one thing that has remained constant since the beginning is her loving community. At the previous show, Flo Milli appeared on the runway and debuted one of her new songs. This season, the Alabama rapper sat front row along with Aaliyah Jay and Draya Michele. The runway show was also closed by two notable guests who flipped on their modeling switch for the night: Jayda Cheaves and Dess Dior.

‘A Different World’ Turns 35: See The Cast Then And Now

Terra Classic (LUNC) Transfers on Binance (BNB) Will Be Taxed. When?