The anonymous woman who filed suit against Tiffany Haddish and stand-up comedian Aries Spears alleging that she and her brother were sexually exploited during comedy skits filmed when they were children has dropped her lawsuit, according to The Hollywood Reporter.

Jane Doe filed a notice of dismissal with prejudice on Tuesday, claiming that she and her family are now ready to put the matter in the past.

“My family and I have known Tiffany Haddish for many years — and we now know that she would never harm me or my brother or help anyone else do anything that could harm us,” Jane Doe said in a statement acquired by TMZ. “We wish Tiffany the best and are glad that we can all put this behind us.”

Under the terms of this dismissal, the matter cannot be brought back to court again. 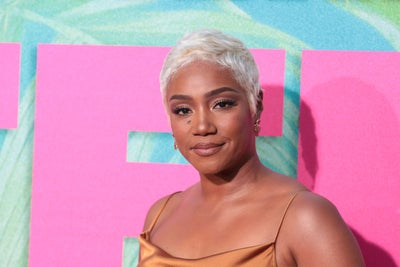 The siblings filed the original lawsuit on August 30, with Doe representing herself before the court. In her filing, she alleged that she, then 14, and her younger brother, then just 7 years old, were coerced into starring in several sexually suggestive comedy skits alongside Haddish and Spears. One such skit, entitled “Through a Pedophile’s Eyes” was featured on the comedy platform Funny or Die until 2018 and resurfaced to social media platforms once details of the case were made public.

Doe said in the suit that Haddish, who was a close friend of their mother’s, informed their mother that she was taking the children to auditions, but was instead having them film the inappropriate skits alongside Spears.

Haddish publicly responded to the lawsuit and her participation in the skit on September 5, stating that “clearly, while this sketch was intended to be comedic, it wasn’t funny at all – and I deeply regret having agreed to act in it.”

Haddish had recently had the suit advanced from state to federal court. Just one day prior to the suit’s dismissal, RadarOnline reported that Haddish and Doe had privately reached an agreement to formally seal the original complaint from the public. Both parties agreed that since John Doe is still a minor and the complaint contains identifying photos of him in an undressed state, the complaint should remain sealed.

While Haddish has not issued an official statement, she has given a few of her thoughts to the paparazzi while walking through LAX. As for the case’s dismissal, she says “I’m relieved.”

“I was really concerned about the kids, and making sure they’re okay,” she said, noting that she does not speak with nor associate with Spears at this point in her life.

When questioned about her future amid the case’s dismissal by TMZ, Haddish revealed that she was unsure, as she has been removed from all her current and upcoming work in the wake of the allegations.

“Oh, I lost everything,” she told the photographers. “All my gigs – gone. Everything, gone.”

When pressed on if she believed she could regain her position now that the case is behind her, she matter-of-factly replied “I don’t know. I don’t have no job.”

PrevPreviousETH Prices Get Punishment As Miners Sold Over 17,000 ETH
NextStreaming Revenue Is Slowing, CDs Are Slipping, Synchs Are Up: RIAA – BillboardNext